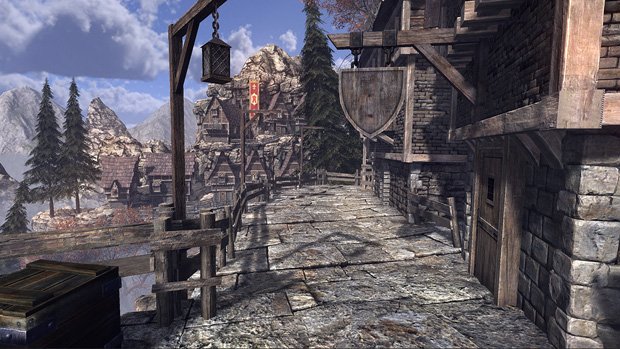 That intro! Northern Shadow is a first-person role-playing game in which you rebuild a lost kingdom, literally, and then go out on adventures while a steward keeps everything running smoothly back home. It’s also being made by two people, which is as impressive as it is scary — though they seem to be doing a commendable job so far, based on this trailer.

Admittedly, I would’ve liked to see more moment-to-moment mechanics in the video instead of environmental flybys, but as an introduction, it’s sufficient. One of the developers has been answering questions on reddit, so head there for more in-depth information.

The game is targeting a summer 2014 Steam Early Access release. It needs to go through Greenlight first, but that’s not going to be an issue given how lax Valve has become with approvals.