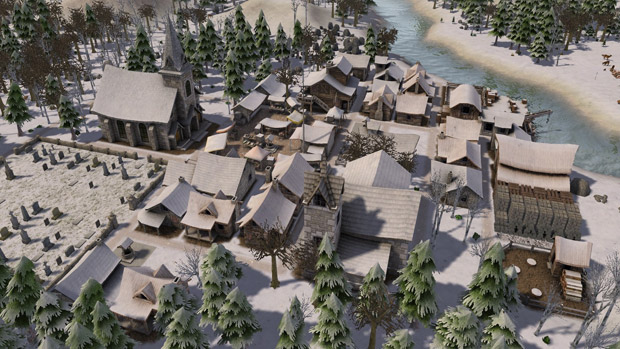 On the surface, Banished looks like a rather quaint city-building game. Dig a little deeper, however, and you come to find out it’s centered around an exiled group of people who aren’t going to survive long without your intervention. “They are born, grow older, work, have children of their own, and eventually die,” according to Shining Rock Software, which just so happens to be made up of a lone developer. Impressive given that context, isn’t it?

Sustainability is a major part of the game in that soil degradation, overfishing, and the impact cutting down too much of the forest will have on the local ecosystem are things that need to be taken into consideration when expanding your town. “Any structure can be built at any time, provided that your people have collected the resources to do so. There is no money. Instead, your hard-earned resources can be bartered away with the arrival of trade vessels.”

Sounds unrelenting, which is an altogether different tone from the more laid-back approach I’m used to experiencing in the city-building games I tend to go for. Banished will be released for PC later this year and, as of recently, there’s now a Steam page for it.