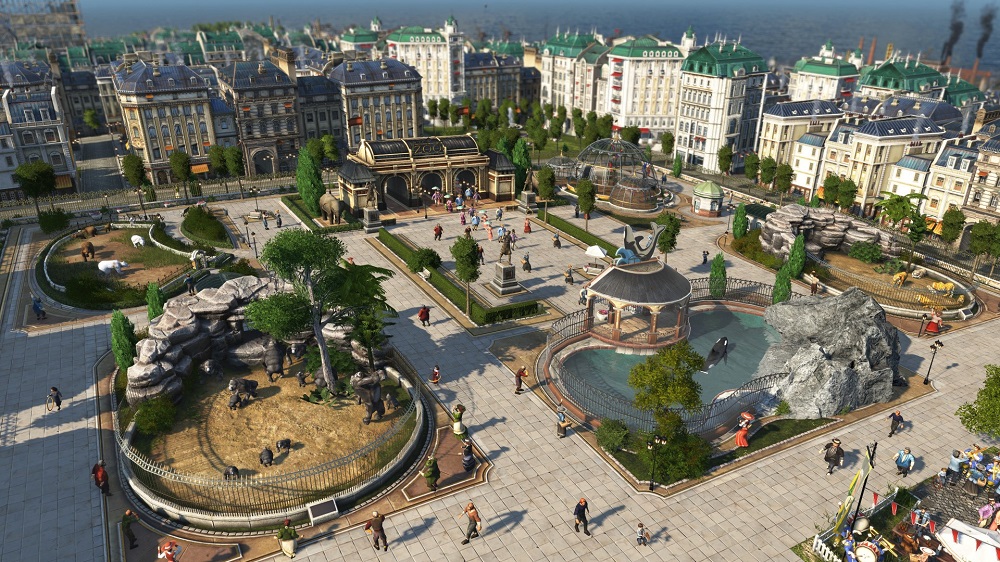 Lead an age of pioneering industry, or just put up nice buildings

Ubisoft has revealed the dates for the open beta of civilisation-management title Anno 1800, which launches on PC April 16. Set at the dawn of the Industrial Revolution, Anno 1800 challenges players with building cities, workforces and a prosperous economy, providing luxurious 19th century living for your citizens.

The open beta requires no pre-purchase or registration, interested parties have only to download the client when the beta goes live. You can then dive into a world of taut balance and management. Industry creates progress, but also pollution. Trade must be negotiated, a populace kept happy and entertained, and a city kept productive, but also attractive.

The beta will run between April 12-14, literally days before the game’s official release, so here’s hoping no nasty bugs come to the surface. Anno 1800 launches on PC April 16. You can check out the trailer for the previous beta below.