So the year of 2009 is almost over, and for a brief moment I thought about writing a “My Game of the Year” or “Top Games of 2009” editorial. I soon realized that everyone was sick of these damn lists and since I procrastinated so long to even write anything at all, it probably wouldn’t be the best idea to regurgitate what’s already been said. I mean I can’t even do something crazy and say Demon’s Souls is my game of the year, so I was out of luck.

However thinking about those editorials made me realize how distraught I was over which game I would even pick for the number one spot. The two games I was torn between were Uncharted 2, and Dragon Age: Origins. Now before anyone says “those games are terrible” or “dragon age? Wtf?” the point of this editorial isn’t really about the game themselves, but how I came down to my ultimate decision, and made me realize something very important about the videogame industry.

So the conflict arose when I made a list of why I like each game. To give you an example, I’ll write out a few bullets from one of the lists and you can try to tell me which game it is:

• Great characters, very believable, very likable
• Steady plot progression, kept me wanting to know what happens next
• Fantasy voice acting, and presentation as a whole is very well done
• Extremely memorable moments and set-pieces
• Awesome ending
• A lot of variety and content in the entire package

Alright, guess. No idea? Maybe it’s because I liked each game for the same exact reasons (despite being totally different genres). So really all I had to do was flip a coin. But then I did the horrible act that human beings are known to repeat: I thought about things. I thought about the stories of Dragon Age, and the expertly paced narrative in Uncharted 2, but most importantly I remembered that they were both games.

And then I committed sin number two. I started reading, and researching. Many of you have probably realized that the latest buzzword for games these days is “cinematic.” Games like Mass Effect, Uncharted, and inFamous have been hyped up as “cinematic” experiences. To a lesser extent, I’m sure a lot of people remember previews for games like Ninja Gaiden and Devil May Cry about how they had “action scenes like in the movies” and how the combat system was designed to be that way. Which doesn’t sound too bad, who wouldn’t want that?

Buzzwords are nothing new to the industry. Before “cinematic” it was “immersive” with games like Half-Life or God of War touting their ability to keep a constant experience without fading to black. Then there’s the obvious examples of Oblivion and Fable where they were constantly hyped up as “immersive worlds,” especially Fable where Peter Molyneux was saying things like “you can plant a seed, come back years later and a tree would be where the seed was.” Most of these claims were a load of crap so they eventually abandoned the selling point due to ever-growing high expectations. 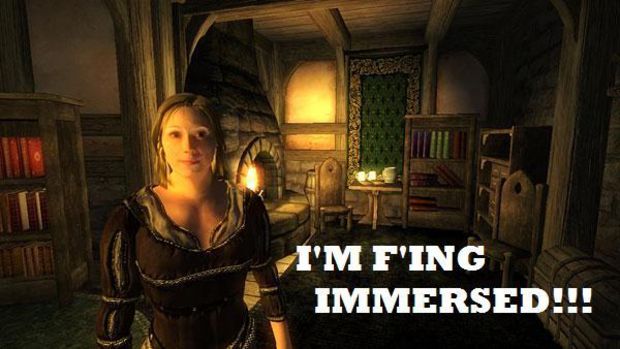 The problem with cinematic is that developers are accomplishing what people are expecting. This is where I have a problem with the new trend in game development. Just look at the word itself and you can see why I find this new vision a little uncomfortable. Cinematic. The root word being “cine” which refers to “cinema” or the movie industry. This might be a little obnoxious but have you ever heard Trent Reznor talk about how the new Nine Inch Nails album is “cinematic” or an abstract artist hype up their new sculpture as being “like a good album.” Probably not. So I don’t really see why video games think it’s a good idea to describe themselves as something they’re not. It gives off a negative stigma of a medium “trying to be” and not “establishing what it is.”

Each medium has their own strengths that they work with. You view art, you listen to music, you watch movies, and you interact with games. Cinematic refers to an extremely linear story, one you have no control over. So to me, if you’re no longer interacting and instead following instructions it’s not really a game anymore and has no business in attempting to be one. Luckily a lot of cinematic games are also a lot of fun to play so they usually don’t get too much criticism. However when one of these cinematic games are described as feeling “like I was tolerating the gameplay so I could savor the rich atmosphere” you may want to consider a career change.

Then you have the criticisms of the industry as a whole. There are the obvious examples, and then the lesser-known more personal ones. For instance I was once defending Shadow of the Colossus as a game, on a forum I frequent. At the time I was claiming that it was a perfect game to show people the benefits of being a game over any other type of medium. Replying to this, one member (who I’ve unfortunately forgotten the name of) brought up the constructive criticism that everything I enjoyed about Shadow of the Colossus (the subjectivity of the plot, grim atmosphere, epic scale etc.) was reliant on things that did not relate to it being a game. The user asked me what in Shadow of the Colossus could not have been done just as well in another medium, and if the reasons I liked the game were reliant on interacting with it.

And I couldn’t think of an answer. 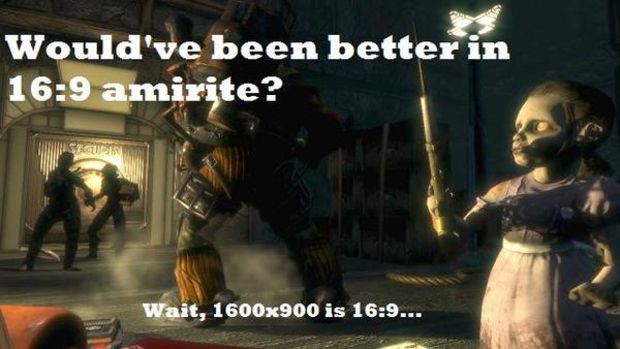 Maybe I didn’t analyze Shadow of the Colossus enough, or maybe I couldn’t be bothered to think too hard on the subject, but I still can’t make a convincing argument on why Shadow of the Colossus couldn’t just as well be a book or movie. Regardless of why I couldn’t think of a way to defend one example, it opened my eyes to how frequently the interactivity of games is ignored in favor of easier more familiar ways of presenting a point or conflict through a cutscene. Which also made me notice how many of our highly acclaimed games are pretty close to already established classics, but that’s for another article another day.

This doesn’t necessarily mean I think every game should come down to some choice or affect I have on the events being told, interactivity comes in many forms. And in reality personal interpretation is enough of “interaction” in many cases. It just so happens with games you can exemplify how you interpret events by how you play the games. I’m sure many people are familiar with The Red Wheelbarrow, a very short poem that’s designed to inspire nostalgic memories and personal histories from the reader. This poem means one thing to one reader, and something entirely different to another. This is accomplishable in games as well, but nobody really seems to be playing with those emotions. We seem to be relying on straight forward plot lines that don’t require any thought. ADD-IN: I’m not saying I don’t like the games I’m linking, but that there’s no “bigger idea” in the narrative. 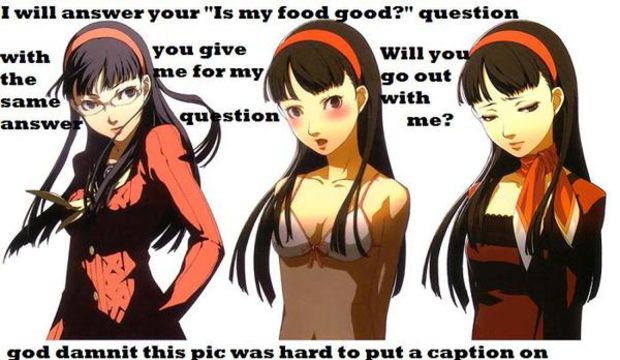 I’ve been playing Persona 4 lately; that has a lot of High School conflicts, making friends, getting a girlfriend, something I’m pretty sure everyone can relate to. This is possible in other mediums as well, but it’s really done best when you’re living the experience yourself. For me, there’s a scene where you can go on a semi-date with a character and she makes food for you. Unfortunately little miss Yukiko is terrible at cooking, but she stares at me with those worried eyes and asks me “What do you think?” Despite the food tasting terrible I softened my response for obvious reasons. That scene means a lot to me due to personal experiences, but I’m sure many people don’t even recall it happening in the game.

I’m sure everyone has had a Morrigan in their life. It might not have been a girl, or a romantic encounter, but there’s always that person you have difficulty figuring out but continue to be intrigued by for one reason or another. Or maybe you ran into a King Moron that you always dreamed of defying but were worried of the consequences. There’s also the chance you had to choose between supporting your best friend, or supporting what’s best for everyone, a similar scenario is presented near the end of Dragon Age. 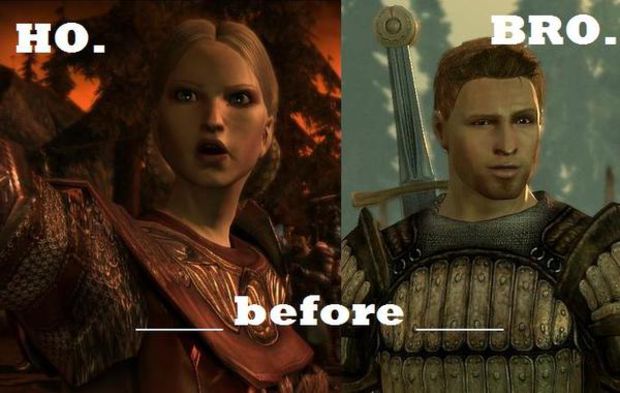 And of course there’s the obvious mentioning (that might induce some moaning) of Prince of Persia 2008. The ending is often debated for many reasons, but I find the most interesting discussions stemming from people who strongly agreed with The Prince’s actions and those who strongly disagreed with his actions. It sort of reflects something Spike Lee created in Do the Right Thing, where an event occurs in the story that many people are split upon and the point is to talk about it.

I think I’ve gone on rambling and I’m not really talking about the point anymore. But I hope everyone can see where I was going at the beginning of this. I think it’s important for people to take games seriously, and that’s harder to do when they’re being treated as “movies for story and game for keeping you interest.” Sure, games like Uncharted 2 are still a boatload of fun, I won’t lie I played through the game three times within two weeks because I enjoyed it so much, but for the support of the industry I think it’s important we appreciate these types of games, but not award them anything.

Then again, opinions mean nothing without disagreement. I’m sure if I made an editorial about how the moon was made of cheese and no one defied the viewpoint I’d go on thinking something that’s false. Just like how if that user on the forum didn’t criticize my views on Shadow of the Colossus I would’ve never made this. I’ve heard the response that I’m “complaining that the rollercoaster has tracks” and maybe there’s some weight to that argument. I’d be glad to hear everyone’s opinions on the matter. 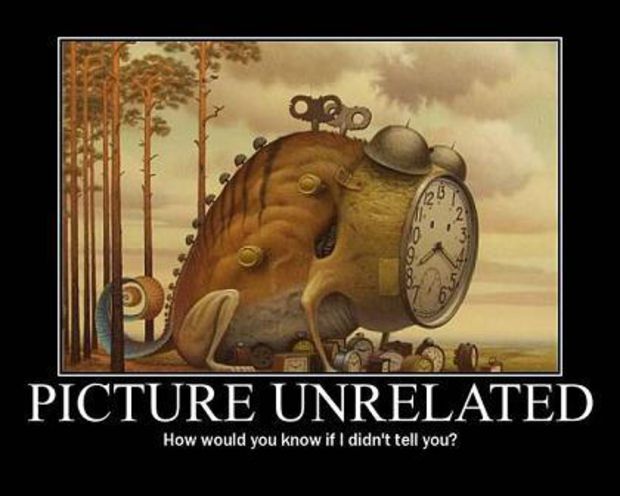 P.S. I hate to self-promote since it seems shameless and I don’t even know if it’s allowed here. But I did in fact have a GOTY Podcast where I discussed this very issue. I think I said a few things in there that I neglected here so if you have any interest feel free to give it a listen, and the section you’re looking for is around the 1:50:30 time stamp. It’s about a five minute explanation so if you skimmed this article you could save yourself some time. Anyways, hope you enjoy.

Referenced Works:
(or not referenced but inspired me writing this)