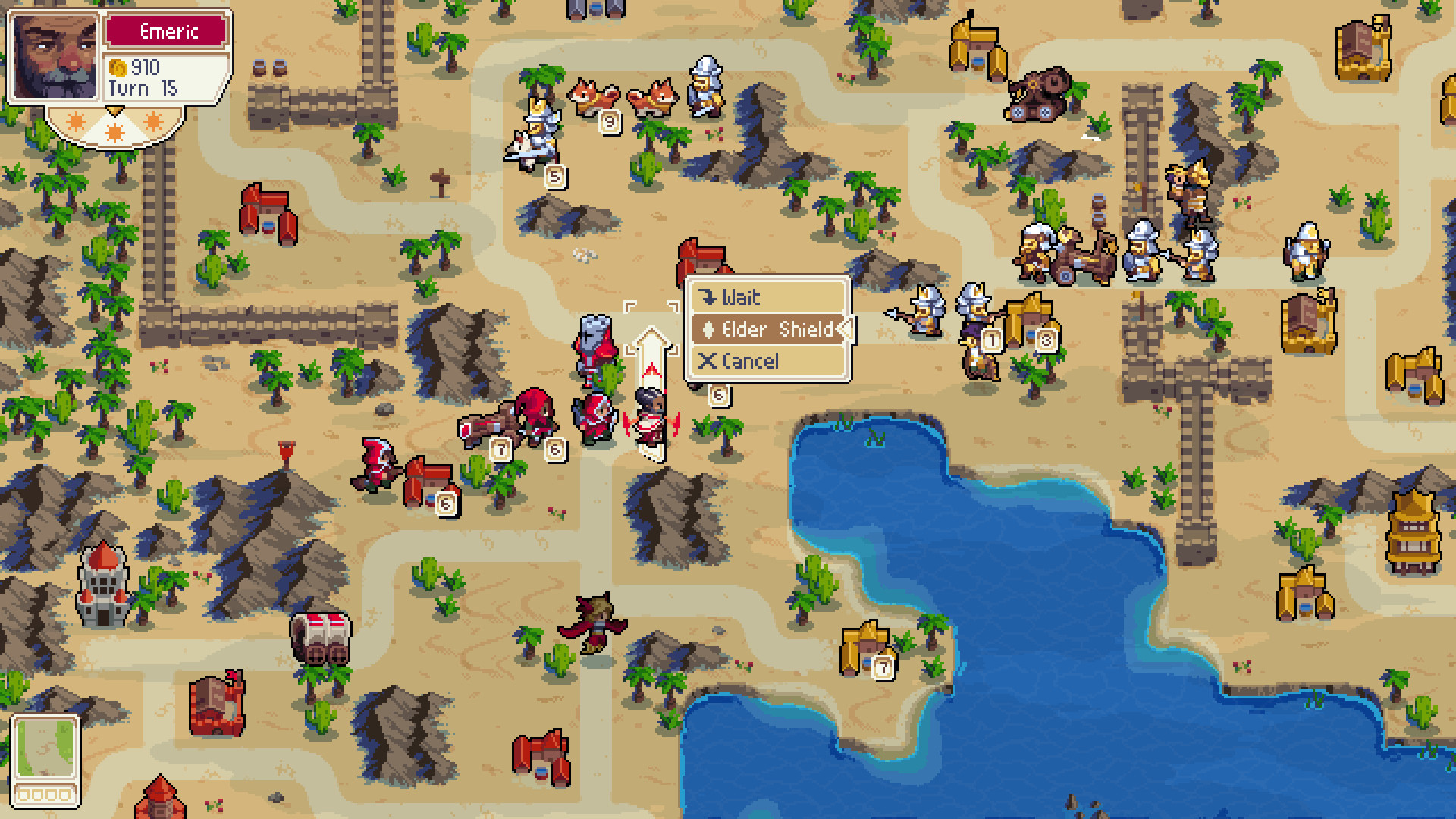 Fixes, updates, and DLC on the way

While I haven’t jumped on Wargroove yet, I’m super thankful Chucklefish has given Advance Wars fans something fresh to chew on. Don’t get me wrong, I’ll never grow bored of revisiting Intelligent Systems’ uncomplicated turn-based GBA titles, but I’m happy to see another take on this winning formula.

For all you master tacticians in the audience, Chucklefish has overviewed the days, weeks, and months ahead for Wargroove‘s post-launch support. To sum up the overall scope, you can expect to see time-sensitive bug fixes followed by game improvements and finally larger-scale updates, including DLC.

This update is making its way through the approval process now, so it shouldn’t be long.

Aside from focusing on modding and Wargroove on PS4, Chucklefish has these features in mind. “It takes a little while to submit a patch on console, but we’ll try to get things done as quickly as possible.”

The team says it’s “looking into a larger content update, DLC, and more.” While that’s not a lot to go on, Wargroove isn’t exactly a small game as is and user-made maps can bolster the experience even further.

In a reddit AMA, Chucklefish noted that it’s “taking the feedback from all our players on board and seeing what people most want to see. This may come in the form of additional map content, but right now we want to stay flexible and do our best to improve the areas important to the most players.”

What’s next for Wargroove? [Wargroove]