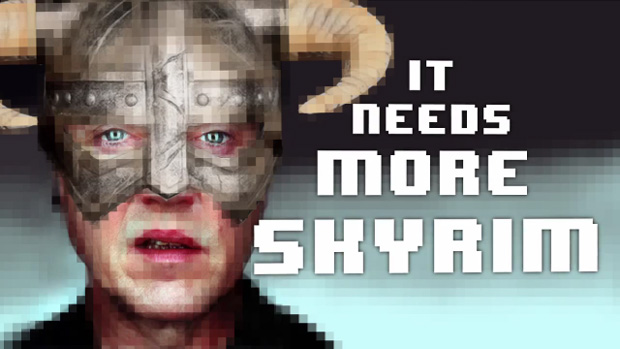 Sometimes, a joke is just so simple that you wonder why no one else had done it before. That’s what was running through the mind of our old pal Sean Carey when he discovered “Christopher Walkenthroughs” by Game Society Films.

The premise is exactly what you think it is: Christopher Walken plays videogames and records his own special brand of commentary. Naturally, it isn’t the real Christopher Walken, but impressionist Jason Stephens does a pretty spot-on job. Four episodes have been pumped out so far, covering Skyrim, Fallout: New Vegas, Super Mario World, and The Simpsons: Hit & Run, and all feature that signature awkward, deadpan humor that only Walken (or a skilled impersonator) can achieve.

You can catch the other eps after the jump.