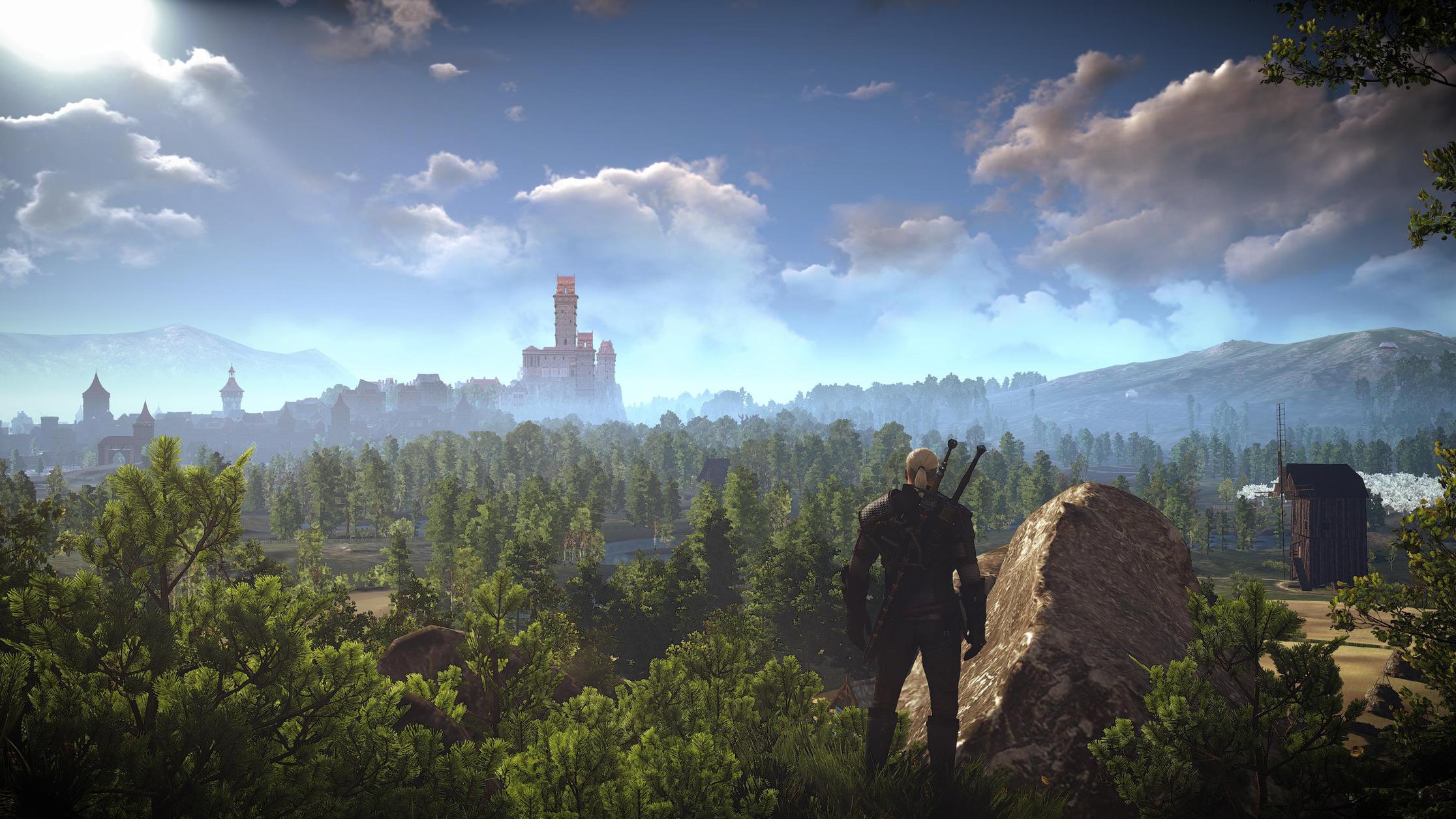 Once again, I played entirely too many games in 2016.

If you count mobile titles and everything I reviewed, well over a hundred. I don’t know for sure, I didn’t keep track because it’s been one of the busiest and most stressful years of my career, but it’s easily somewhere in that neighborhood.

And in the spirit of 2017, here are some of my favorites from that lot. Most of you know how I roll — I don’t really do ordered lists, so this is just a bunch of stuff that I really dug in 2016. 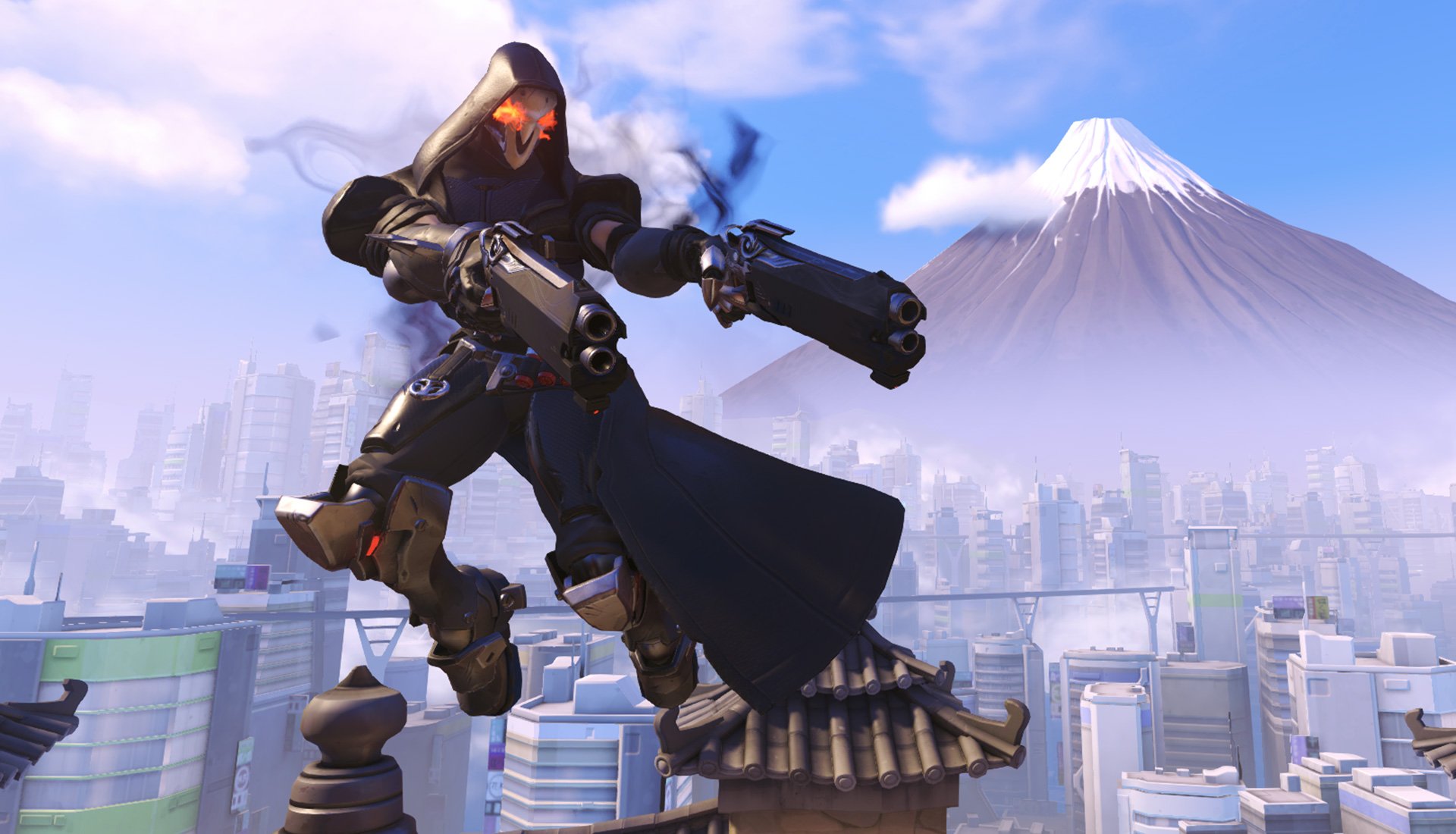 The game that’s on basically every Game of the Year list (including ours!) once again makes an appearance here. Yes, it’s that good. Yes, it has microtransactions, some balance issues, and a lack of content in several departments (and no campaign), but it’s so damn fun to play over and over, and has more personality than several of the shooters in 2016 put together.

Heroes of the Storm

Wait didn’t I tell you this list was going to be a bit unconventional? Well, it is.

Heroes technically came out in June of 2015, but it’s been constantly updating to the point where it’s basically a brand new thing. It’s also easily my most-played game of 2016, having converted several people over to it that I still team up with, including my wife who doesn’t typically enjoy MOBAs. With constant character additions and reworks the meta is exciting, and everything from casual to pro play has its nuances. 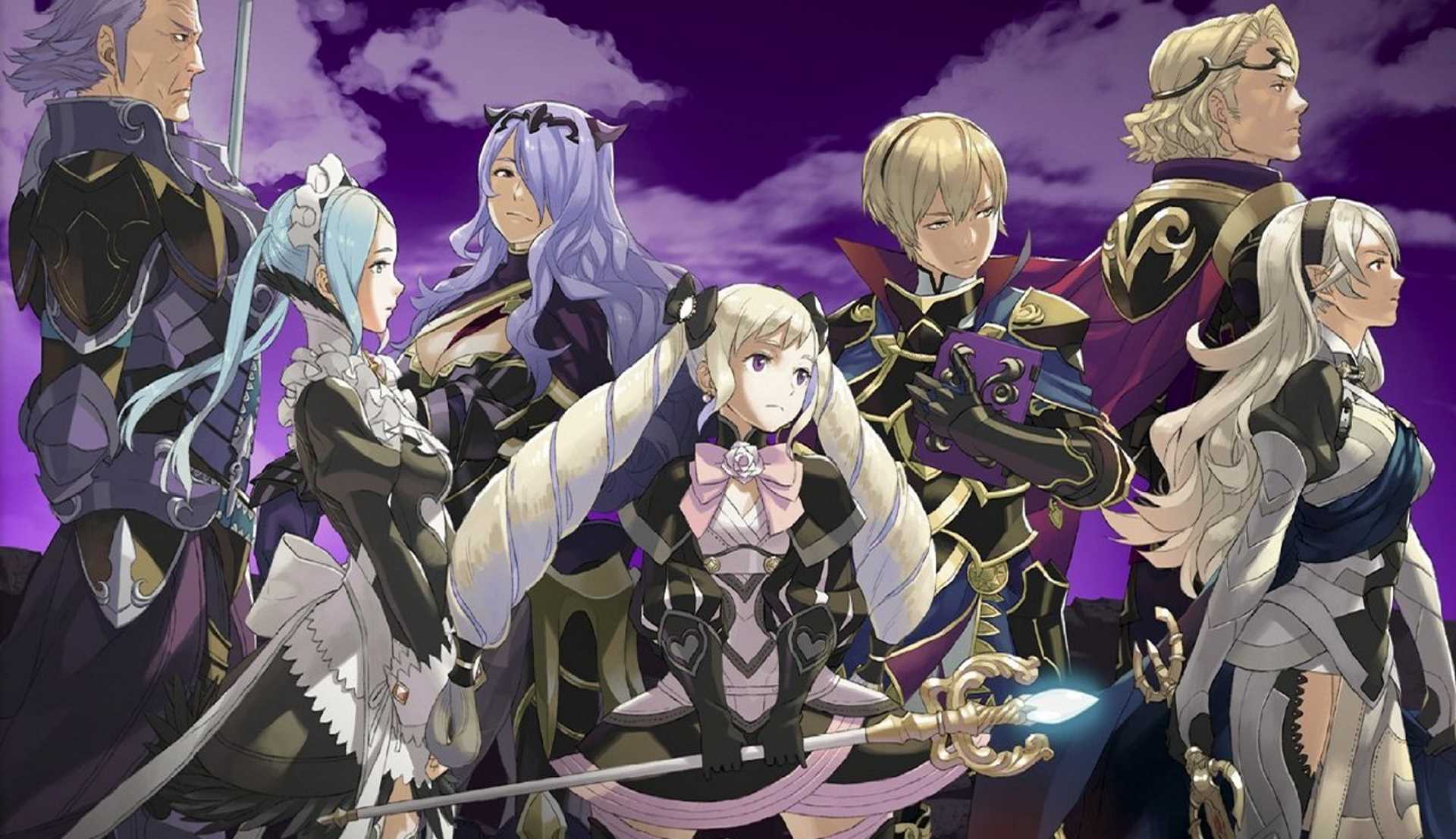 I know some of you weren’t fond of the “buy three games” distribution method, or the complete lack of special edition copies that had all three on one cart, but I spend an insane amount of time with this trilogy. Initially I thought the tri-theme was a gimmick, but I couldn’t be more wrong, as all of them have their own distinct feel.

Conquest was my jam, as it was more of a challenge and emulated the classic series. But I also adore that Birthright is the perfect gateway into Fire Emblem. I don’t know how they’re going to top it. 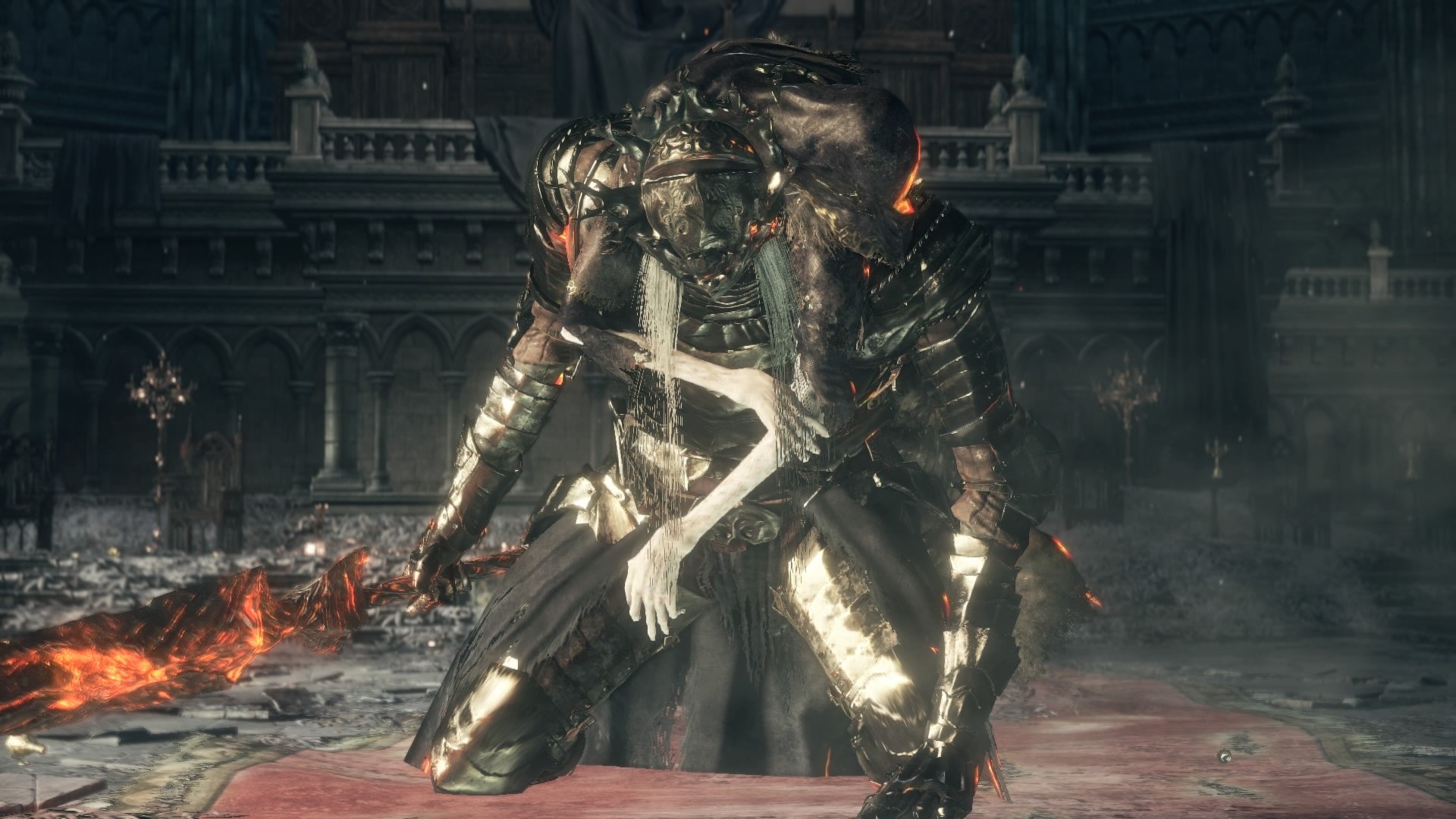 Of course a Souls game would make it — From Software would have to really screw up to warrant an omission.

Alas, while Souls III grated on me a little more than the others, it’s still a fantastic, unparalleled adventure in an era of hand-holding. There’s not much more that can be said about this game that hasn’t already been said many times. If you haven’t played this series yet, just do it. Go in with an open mind and no guides, unless you get really stuck. 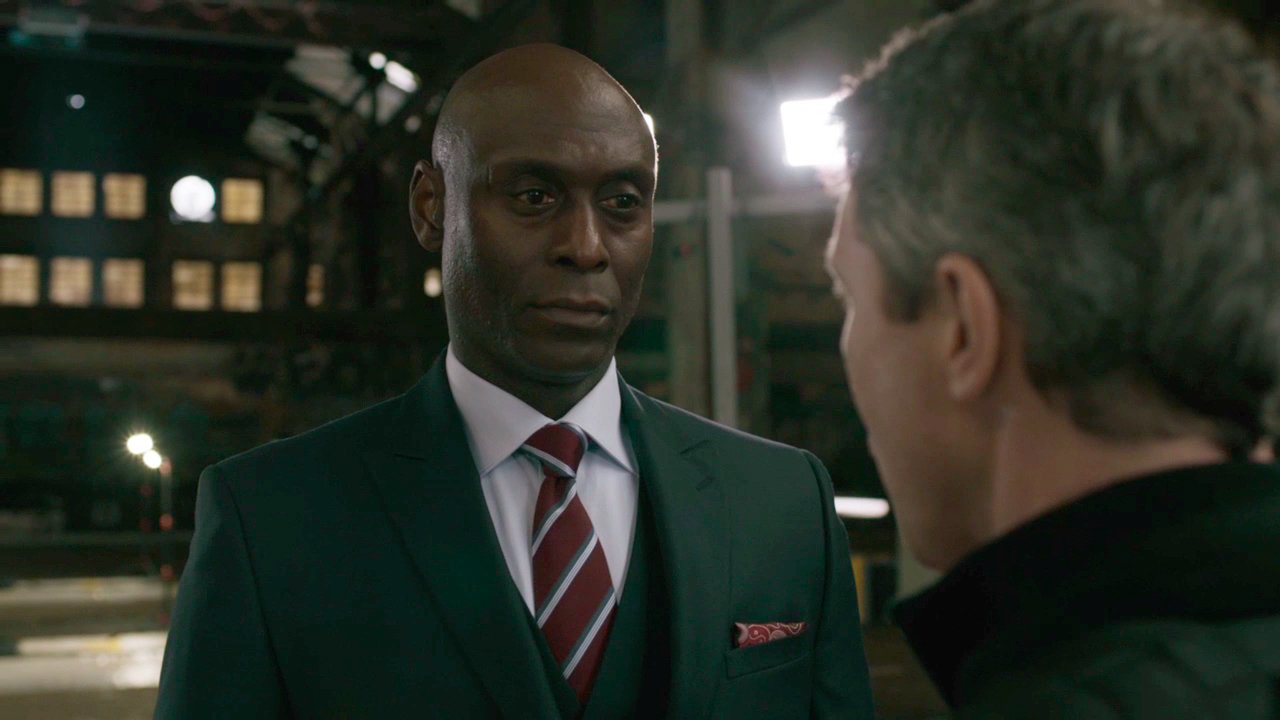 It took me months to really get into Quantum Break, but I’m glad I did. Remedy and Microsoft threw tons of money at this thing, and although the “TV show/game” hybrid mostly amounts to network procedural quality in the former department, it’s a bold experiment that I appreciated.

One really underrated element of Quantum is its sound design. Fighting feels like you’re conducting a symphony, and the time powers look fantastic on-screen. Since you can likely find this one on the cheap now, it’s worth diving into, at the very least for the Aiden Gillen and Lance Reddick The Wire reunion. 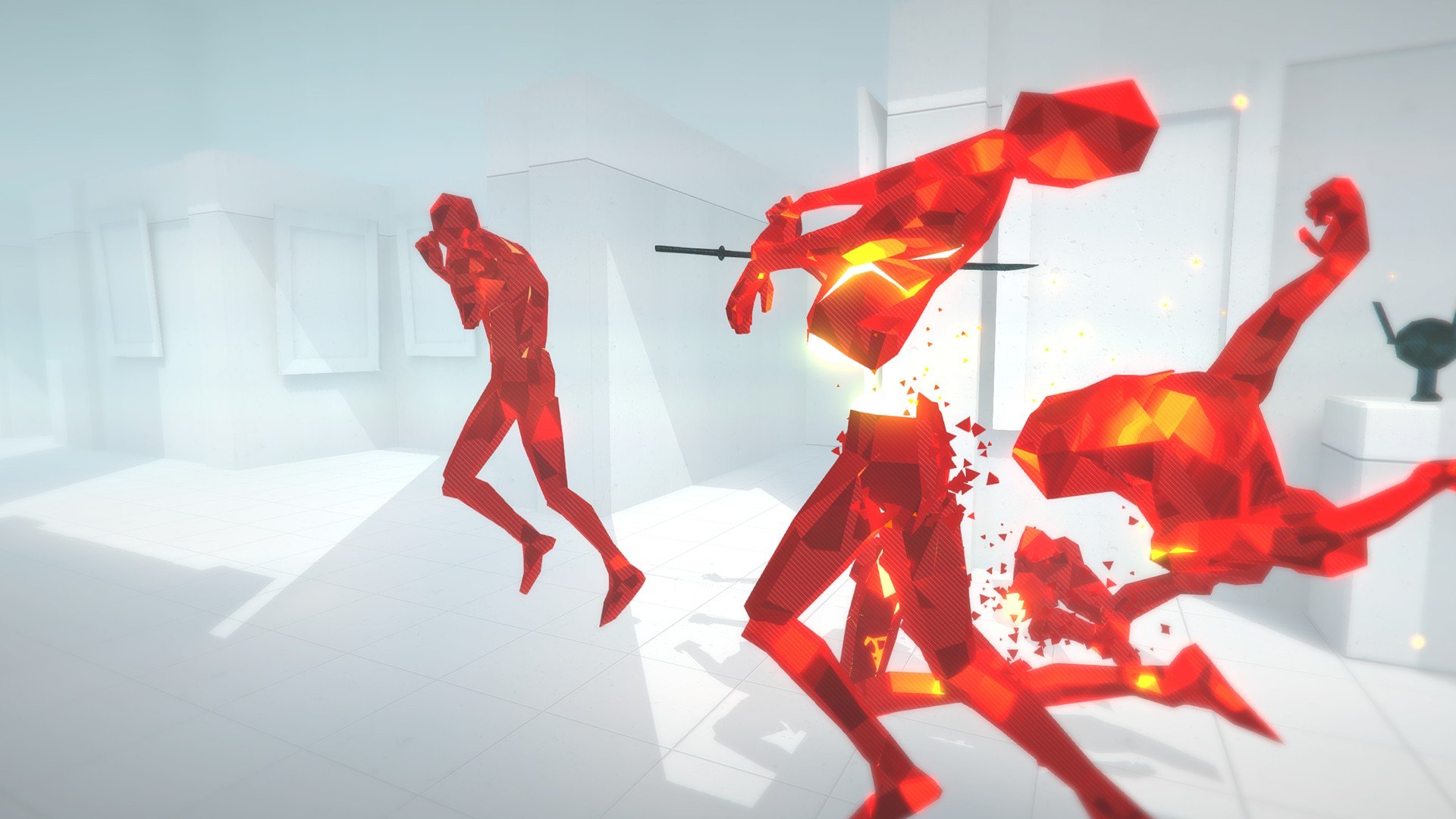 A VR game on a Game of the Year list? Blasphemy! But wait, this one was really good!

Yeah, Superhot VR is great, and relies on the original release’s fantastic gimmick of “the game only moves when you move” to provide a wholly unique experience that involves the Oculus Touch remotes.

Here’s a typical round in VR: you look around to assess the situation, duck down, all the way on the ground, almost flat to avoid a few bullets, look up, punch an NPC in the nuts to shatter him, grab his shotgun, shoot someone else in the face with it, then notice the SMG, grabbing it with your left hand, and shooting the dude up in the rafters. There’s even a level called “dance,” where you’re on a stage and need to gyrate your body for 10 seconds to avoid bullets with no way to fight back.

VR Game of the Year! 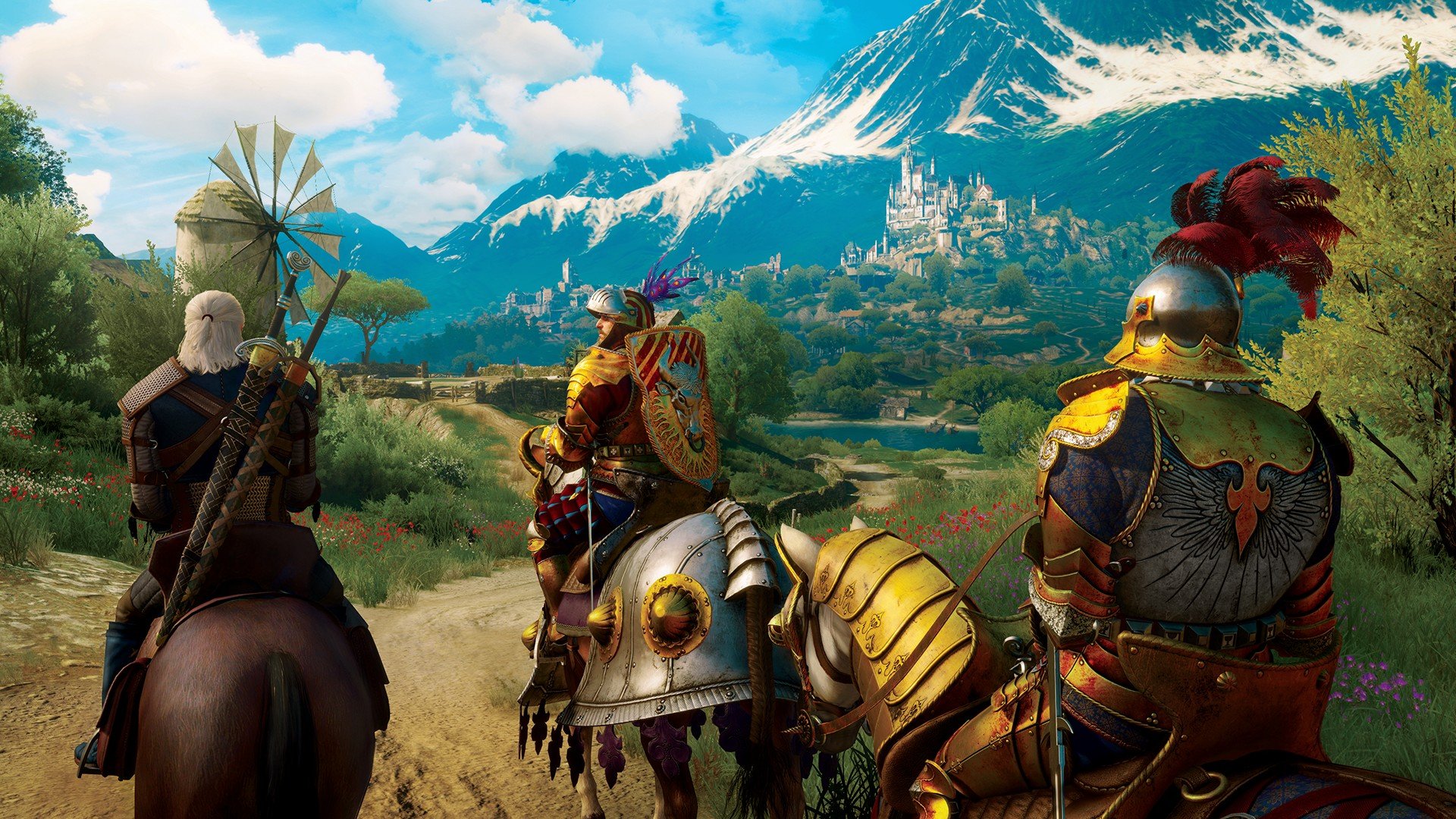 Wait, The Witcher 3 came out in 2015! Well, you got me there, let me just erase this….wait, did you forget about the Blood and Wine expansion that came out this year?

Yeah, it was fantastic, and in many ways, better than the core game. But the real award here goes to CD Projekt Red’s tireless efforts to provide constant quality-of-life updates for months on end to the base, which ended up paying off once the two great expansions finally rolled around. They deserve all of their success and I’m an absolute sucker for vampires, so Blood and Wine sucked me away from everything else for a good while.

Sun and Moon join Heroes of the Storm as one of my most-played titles of 2016. I just couldn’t get enough of it, having completed the Alolan Pokédex, finishing both games in the process. Having been to Hawaii I really appreciated the little details from the team, and the world itself is one of the best to date.

It’s also not mean-spirited at all. Taking a page from the anime, the narrative takes some of the darkest turns in the entire franchise, but it still maintains a triumphant tone throughout that makes you really feel like you’re a Pokémon Master that’s part of a world — and not some gamey thing you’re trying to conquer. 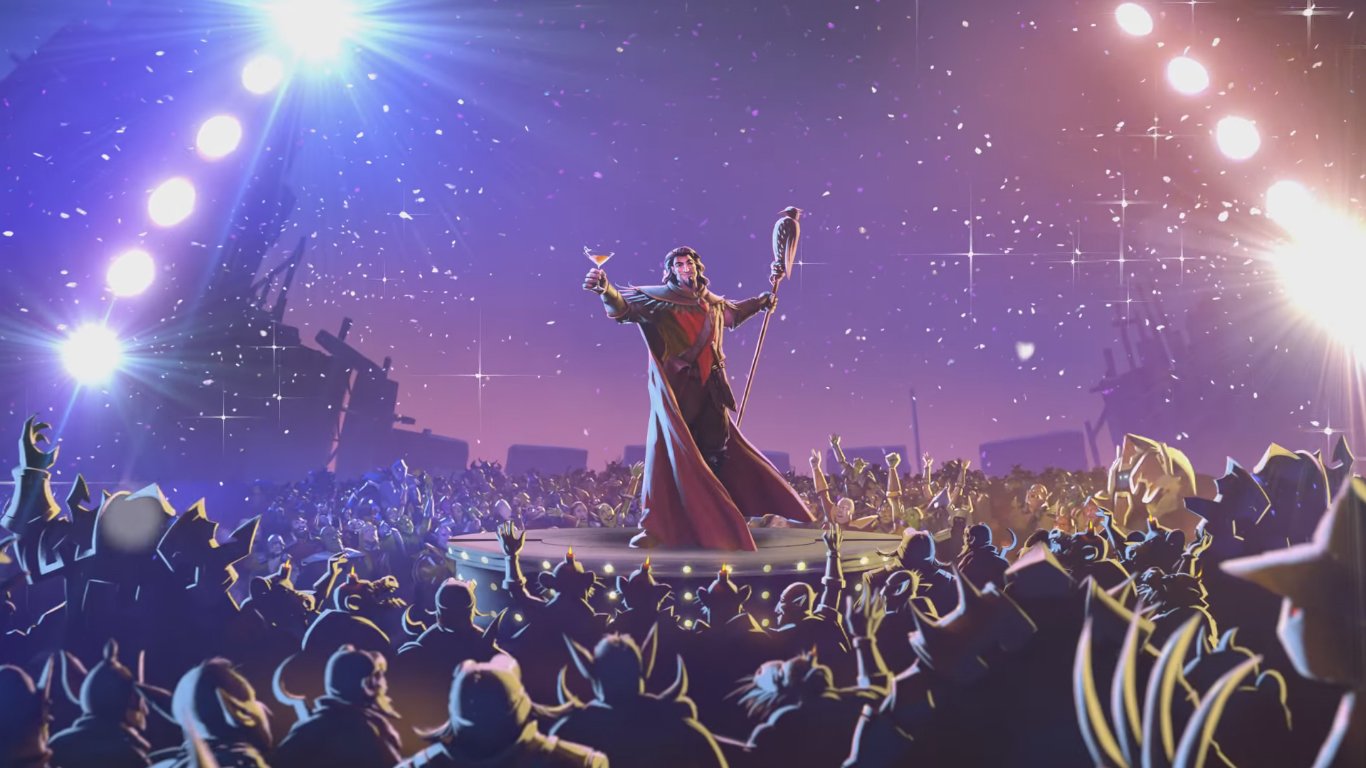 Hearthstone: One Night in Karazhan

The dungeon of Karazhan really means a lot to me. Although I had played vanilla World of Warcraft, I really didn’t get into theorycrafting or any sort of leadership role in my guild until Burning Crusade, and I had some of my best times ever inside of Karazhan. It was perfectly paced, atmospheric as hell, and a great way to spend an evening with friends.

But I also can’t get enough of the Hearthstone adventures. Although the meta is constantly shifting to the point where you need to bone up on it weekly to really compete online, I love the idea of chilling out with raid bosses by yourself, earning new cards in the process. Whenever a new adventure is announced, my eyes light up in anticipation. 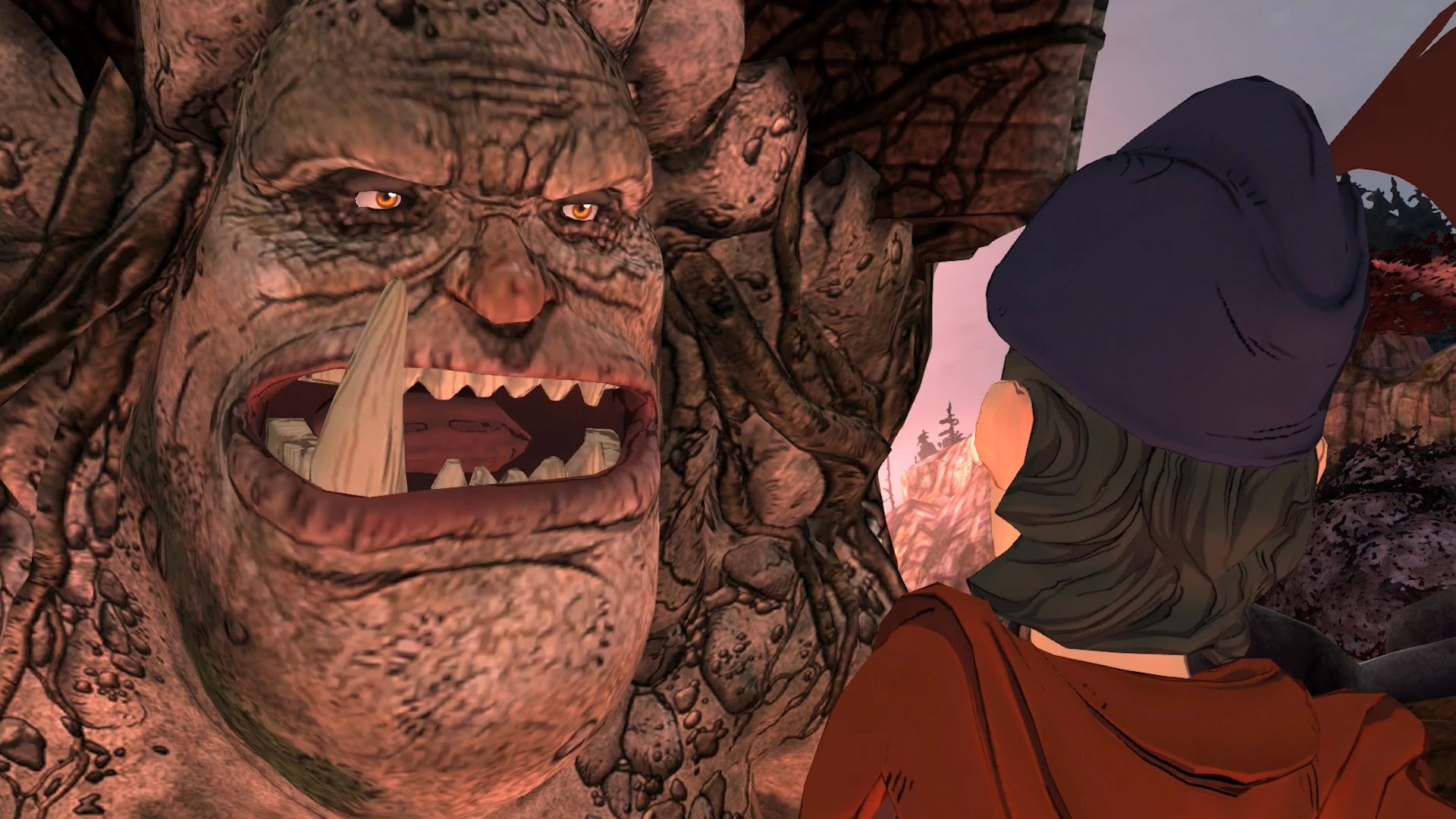 It’s another weird pick as several episodes dropped in 2015, but this series was slept on, and it’s worth revisiting. There’s just so much love here, from the art design to the voice performances. The team seemed to have a really great time making it, and that reflected in my year-and-a-half-long journey to beat it.

Every time a new episode would arrive my wife and I would make sure to not make plans just so we could play it, and I ended up introducing her to the classic series as a result. I doubt there will ever be a follow-up, but another series with Alexander in the Green Isles would pretty much be my dream game right now. 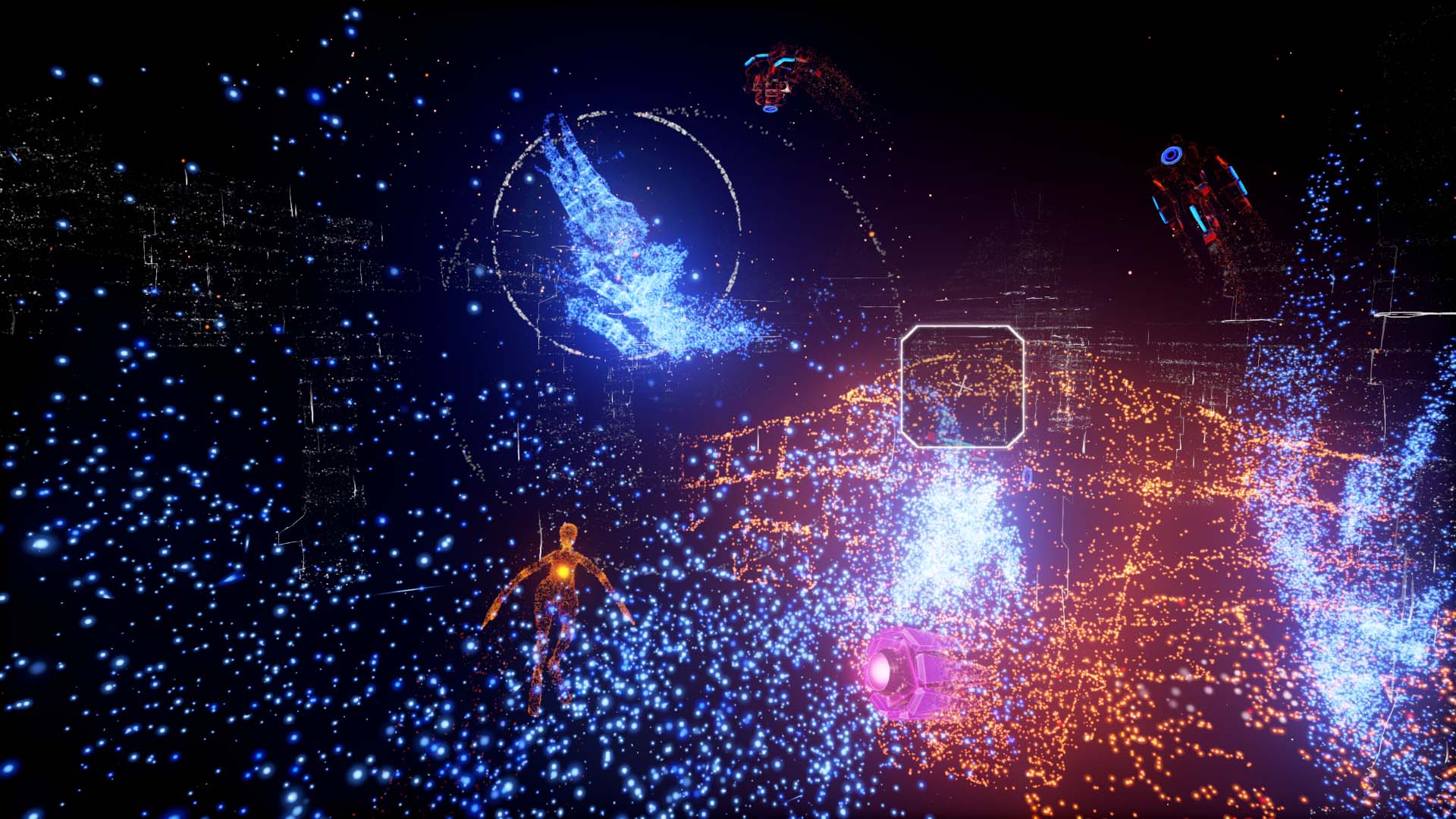 Gasp, a second VR game! Yeah, but this one isn’t VR-specific, so I’m probably off the hook.

Infinite even goes a step further in the sense that it’s basically a remake of the original with optional VR. But playing in that way fundamentally changes how you approach everything, especially in regards to a few boss encounters. It doesn’t need to change much, but having the definitive version on an easy-to-play system that’s not going anywhere anytime soon is appreciated.

If you have the means, I highly recommend picking it up — it’s so choice.

An MMO and a MOBA on the same list? Cue the “kill it with fire” memes. Or, better yet, the Shadow Priest “facemelt” pictures.

No matter what, WoW will always be a part of me. I met so many people over it, and although each expansion has had its ups and downs (well, Burning Crusade was mostly an up, as was Lich King outside of making dungeons and crowd control trivial), I always come back to level at least one character to the new max cap.

But with Legion, I did more than that. I explored Suramar for hours on end trying to find new locations. I was finally able to raid again thanks to the cross-server grouping and the biggest subscriber base in years. It’s a good time to get back into World of Warcraft. 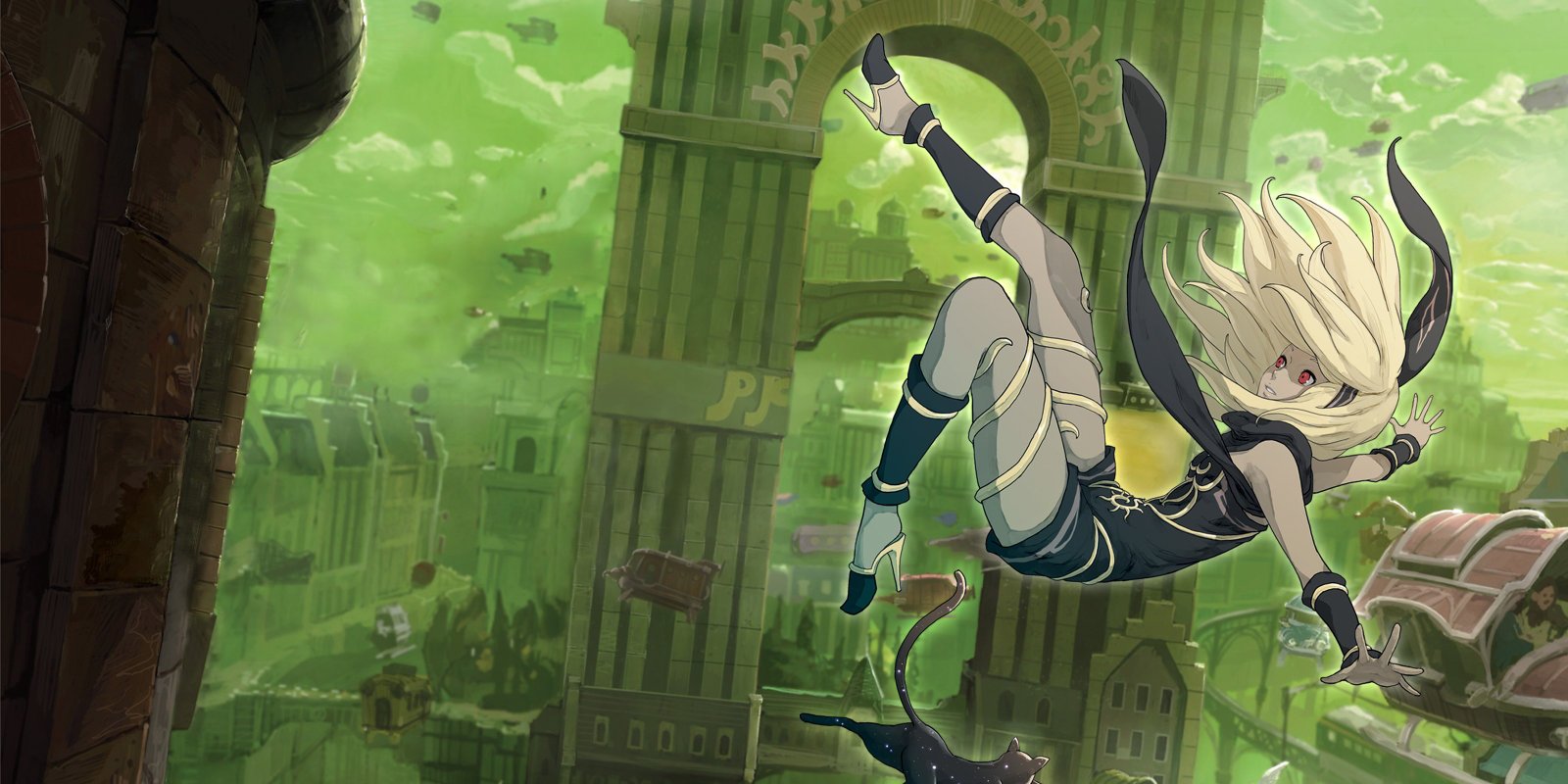 The original Gravity Rush arrived in stasis form in 2012 on Vita — and by that, I mean it was slept on at launch. Sony’s Vita didn’t fare so well, so this series could have easily been swept under the rug, but they knew they had a good thing and kept it alive. So in 2016, we got a PS4 remaster that introduced more people to Kat and her magic feline Dusty.

It was so sleek I played through it all over again, partially in anticipation of the sequel, which we’ll be covering soon enough.