Just before he left to go on a likely well-deserved holiday, I had the opportunity to pester Obsidian’s Chris Avellone about his role in inXile’s upcoming RPG, Torment: Tides of Numenera.

Chris is a veteran of RPGs, particularly those inspired by tabletop games, designing Planescape: Torment and contributing to Neverwinter Nights 2, as well as being lead designer on Star Wars: Knights of the Old Republic 2 and writing Fallout: New Vegas.

Amid the excitement caused by the announcement of a spiritual successor to Planescape: Torment, there was some disappointment that Chris wouldn’t be involved in the project beyond endorsing it, but if funding reaches $3.5 million, that disappointment should evaporate.

Despite exceeding its funding request by over $2 million, Torment continues to get more and more new backers every day. Chris doesn’t think that his inclusion in the stretch goals is the main reason for that. “I’d argue that Pat Rothfuss and the other elements may have had more to do with the recent influx than me, especially since Name of the Wind is such a great book,” he explained. I think he’s being a bit too modest, though. Patrick Rothfuss may be a popular author, but Chris Avellone is a name synonymous with the thematic franchise.

“Beyond that, though, Brian and Kevin have assembled an impressive narrative and design league for the project, and it’s amazing having all that talent focused on one project,” Chris continued. “Between Colin McComb, Monte Cook, Tony Evans, Mur Lafferty, Brian Mitsoda, George Ziets, as well as Nathan Long, who I worked with on Wasteland 2 – all of them are a great writing crew to work with, and I’m happy that I at least get the chance to be a part of it, and I certainly hope it pans out.” 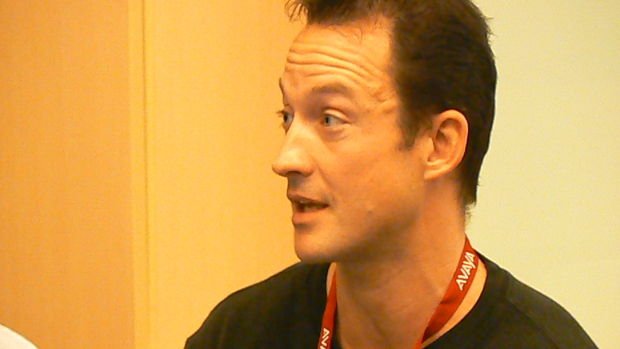 Although Chris’s potential involvement wasn’t revealed until after the Kickstarter had smashed the initial goal, he was asked to join the team almost from the start. “Brian Fargo brought it up within a day or two of him acquiring the Torment name when I was in the office working on Wasteland 2. Working on Torment was an ongoing discussion, but between responsibilities to Wasteland 2 and [Project] Eternity, I couldn’t see how I could make it work, although I trusted Brian and inXile to do a good job.”

Brian Fargo and Kevin Saunders were obviously dead set on trying to get Chris onboard, and eventually they managed to work something out. “Once my design work on Wasteland 2 finished up, however, Brian and Kevin approached Feargus [Urquhart] and I with a plan that seemed reasonable to Obsidian, Feargus and I discussed the workload, made sure it wouldn’t impact Eternity, and I get to, hopefully, be part of the Torment team. This discussion didn’t come about until a week before my announcement on the project, so it came together really fast — kudos to Brian and Kevin for making it happen, I’m grateful they pushed for it, and I’m glad Feargus and Obsidian were open to the idea.”

Last month, I spoke with Colin McComb and Kevin Saunders about the Torment Kickstarter, a mere 24 hours before it began, and Kevin described Chris as the “mastermind” behind making a spiritual successor to Planescape: Torment a reality. It was Chris who hooked up Colin and Brian Fargo, and last year he spoke at length about the possibility of a sequel to the story of the Nameless One, or at least a spiritual successor. Chris doesn’t think he lives up to that, however. 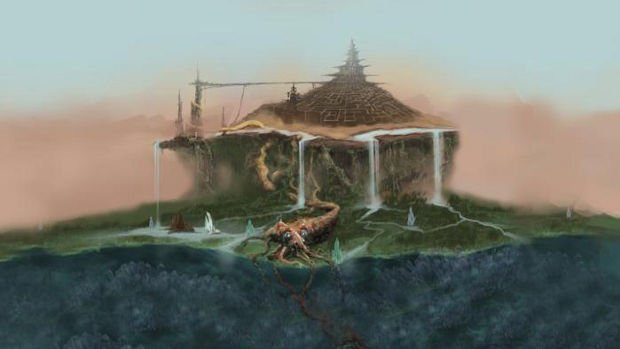 “There’re people I’ve worked with who have really came through for projects in the past and have proven themselves, these people are my friends, and Kevin Saunders, Colin McComb, Tony Evans, and Adam Heine I’ve all worked with directly over the years and I feel they have a lot to add to Torment.” It strikes me that Chris seems to be a bit more comfortable with talking about the work of his friends and colleagues, and their accomplishments, rather than his own.

He continued, “Tony Evans, for example, I’ve told numerous times that if there was a Torment project, he’s a perfect designer for it based on his aesthetics and the fact he’s one of the most hard-working guys I know — in terms of proving himself, he worked overtime of his own accord on Star Wars: Knights of the Old Republic II even while his wife was pregnant, and I’ve never forgotten it to this day, so when it comes to a list of people I want to work with again, he’s on it — even if I never want him to have to work those hours again. Monte I’ve worked with, too, although largely in the capacity of Planescape approvals and the many Hero Games submissions from me he rejected over the years, which I forgive him for, since he was right to reject them.”

One of Chris’s roles on Torment will be the creation of an eighth companion, who will join the Last Castoff. I asked if he had been working on any concepts for it yet. “Yes! As soon as I heard working on it was a possibility, I started writing out a series of companion concepts based on the material that the crew has been developing — I did eight different concepts, starting from a theme and then building on each one with supporting details. I don’t want to set any in stone just yet until I can swim around in the world a bit more and see how I can tie the characters to the plot and the theme more.” 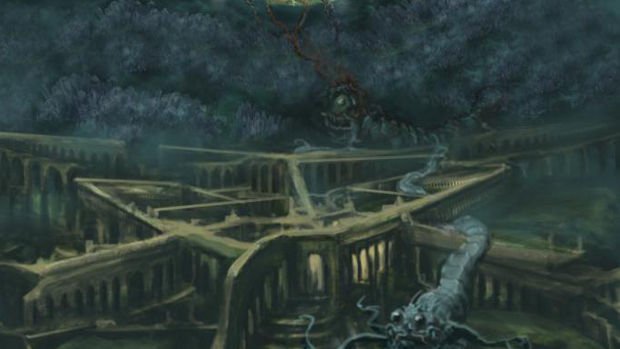 I wondered how far along the other seven characters were,  if any had been properly planned out, and if that meant there was some potential for overlap, limiting Chris’s design freedom. Apparently some have been planned out, but there’s a broad range of personalities and a bunch of character development, so Chris wasn’t concerned about overlap. “The universe is liberating for exploring ideas. Even when doing the original Torment, doing all the NPCs and CNPCs in that game was barely scratching the surface of the character possibilities of that world, and Numenera is much the same way.”

Character design won’t be his only role, though, as he’ll also have consulting responsibilities, which he explained. “Right now, my additional responsibilities include looking over the design documentation — narrative, systems, themes, vision, and more — and offering feedback, pointing out the positive design ties to the first Torment in case Kevin and Colin are being too modest, and suggesting iterations and reinforcing any other ideas that I think might make for a more compelling Torment experience. Based on the crew they’ve already assembled, including Tony Evans and George Ziets, I feel that a number of the designers already get what makes a great thematic and narrative experience based on their work on Neverwinter Nights: Mask of the Betrayer.”

I think it’s worth noting that Mask of the Betrayer is probably the closest thing to a thematic sequel to Planescape: Torment, at least until Torment: Tides of Numenera launches. The complex characters and plane-hopping shenanigans are two significant things the games share, but it also had an affecting narrative that, frankly, blew the original Neverwinter Nights and Neverwinter Nights 2 out of the water. One of the most compelling companions in that title, Gann, was penned by Chris himself. 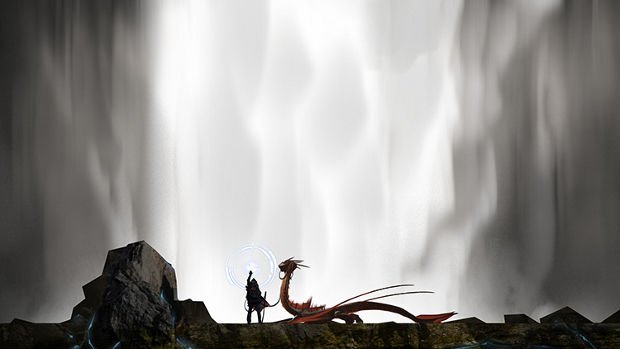 The challenge with making a spiritual successor is finding a way to connect it to its predecessor without the use of the same characters and universe. Torment is a thematic franchise, with a major similarity being the metaphysical and philosophical questions. Chris told me what jumped out at him, making inXile’s Torment remind him of its forebearer. “A few things. A set character, a story focus, a focus on themes, strong, detailed companions, the brilliance and innovative nature of the setting and locations.

“The area design theme for the Bloom alone, for example, is a muse for all sorts of character ideas and adventure ideas: the fact it’s alive, it moves around, destroys/eats anyone that tries to quantify it, and has people and monsters living there, and oh, it also opens up pathways to other dimensions depending on what you feed it — all of that fits perfectly with the area designs for Torment. Just hearing the idea for that location immediately sparked my imagination for doing [companions] and NPCs.”

With both Obsidian and inXile developing CRPGs considered successors to tabletop-inspired classics, there’s a wee bit of friendly rivalry between the studios, which Kevin Saunders joked about in an earlier interview, but Chris noted that Project Eternity and Torment: Tides of Numenera have significant differences, such as the use of morality in the latter, and said that the studios made an effort to ensure that their core concepts and themes didn’t overlap. 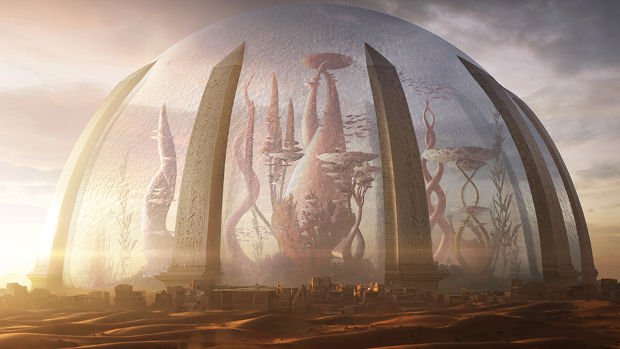 If there is a friendly rivalry, the emphasis would undoubtedly be on the “friendly” part. Both studios are filled with staff who have worked together, and Obsidian is currently working with inXile on the development of Wasteland 2. I asked Chris if this was a relationship we could expect to see continue. “We’re sharing technology, design systems, area templates, and Brian and Feargus have a great working relationship, both personally and in their approaches to management.

“There’s also a lot we’ve shared between studios regarding Kickstarter approaches, sharing copies of our games to help promote each other’s Kickstarters, and also the pipeline structure of Kickstarter — inXile was one of our first and strongest supporters for Eternity, and now we’d like to do the same with them and Torment. Also, on a selfish level, I like drinking with Brian Fargo and discussing design and Kickstarter ideas, so that’s my acid test for a successful relationship right there.” Further confirmation that drinking facilitates good working relationships.

On the subject of Kickstarters, I wondered what else Chris would like to see come out of the funding platform, and if there were any particular games he thought deserved a second life. “Well, seeing elements of King of Dragon Pass brought out in Unwritten: That Which Happened was one mark off the checklist, as was seeing Shadowrun Returns and Dreamfall Chapters up on Kickstarter. Also, I’d love if someone *cough* Ken Levine *cough* did a System Shock 3. Which I would want to work on. Even if it’s just getting him coffee.”

You heard him, Ken Levine. Get to work!

Torment: Tides of Numenera is currently sitting at $3,365,759 with three days left to go.