In case you’d forgotten , December 14th is upon us, and Chocobo’s Magic Book in all its cuteness invades your DS. Niero must have been looking for some pre-teen Japanese p00n when he accidentally stumbled across these pictures of the Square Enix release party.

I know that you know that CMB is going to be your dirty, little guilty pleasure, and that’s OK. There’s rehabilitation centers for people like you.

(Update: There’s also an $18 plush doll for people like you.) 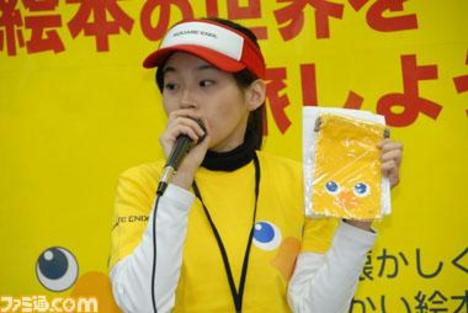 My favorite part of the release has to be the SquEnix rep rapping about the hotness of this game. It must have gone something like this:

There’s one thing not in dispute,
Chocobos are really, really cute…

Girls loves guys with hearts of gold,
So, pretend you’re sensitive,
And not 40 years old…

Buy a copy of the game, don’t just stare,
You might move up from sniffing underwear,
From the vending machine, down the block,
Dtoid is the sh*t, and “Also, Cocks!”

Word. Jump that shizzle for more.

How will this chocobo handle the crowd that so wants to mount him? 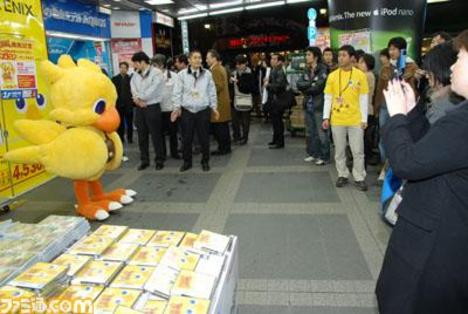 A predominantly male crowd, hmm? That makes this game manly! 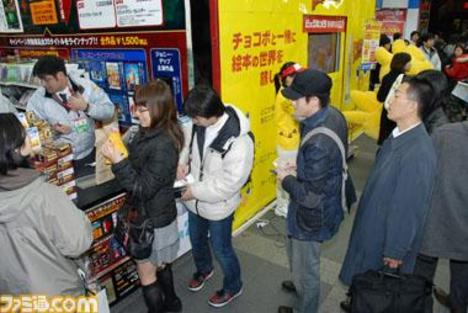 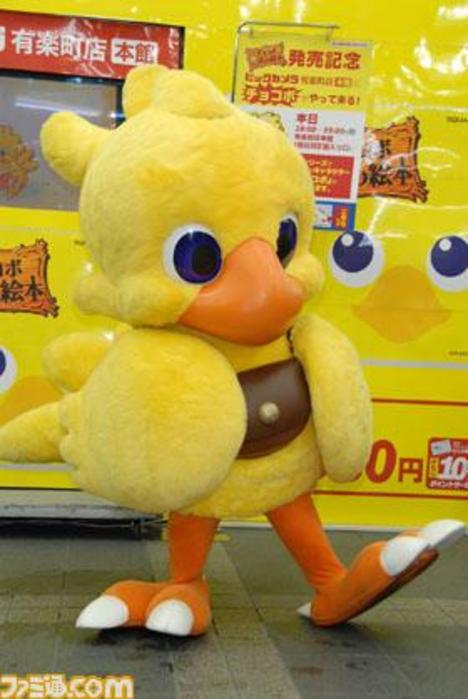