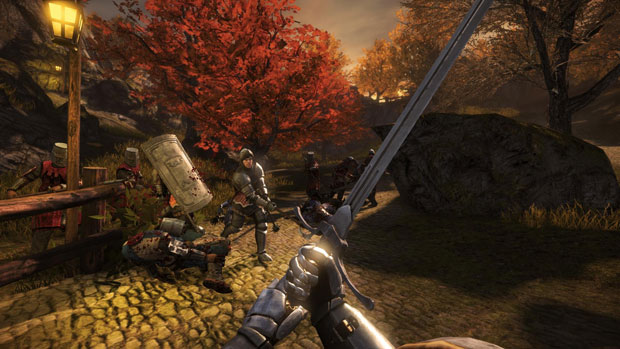 Torn Banner Studios is bringing its first-person medieval combat multiplayer game Chivalry to Xbox 360 and PlayStation 3 this fall by way of publisher Activision.

While it’s nice to have this sort of title available on consoles, given the choice, you’d want to get it on PC instead for the Steam sale price and mod support. Gotta have mods.

I’d probably be more forgiving of the lateness of these ports if it were also coming to PS4 and Xbox One — Chivalry launched on PC almost two years ago — but someone must’ve crunched the numbers and determined that last-generation systems were the way to go.