You got your Zeds in my LARP session

Two dismemberment-focused multiplayer games on PC, Chivalry and Killing Floor 2, are joining forces to release new content for those who own both titles. I already talked about the Knight character and his Zweihander weapon earlier today in my Killing Floor 2 preview, but Tripwire Interactive will be providing Zed-slaying weapons in everyone’s favorite knight-slaying game.

Owners of Killing Floor 2 will have the following weapons in Chivalry: a Hedge Trimmer Blade replacing the throwing knife, the Gorefast Longsword which has a gross hilt made of hands, the Maulverizer (which I imagine will replace the Maul with a sledgehammer), and the Fleshpound Quarterstaff, which has big chunky Fleshpound arms attached to either end. There’s also two variations of a Plague Doctor Gas Mask and a Horzine emblem for customization.

I have a feeling this will be the first Killing Floor crossover out of many. I look forward to more. Not sure when the content will be available, but with the Incinerate ‘N Detonate update coming soon, it’s possible that the releases will coincide. Anyway, here’s that gross sword: 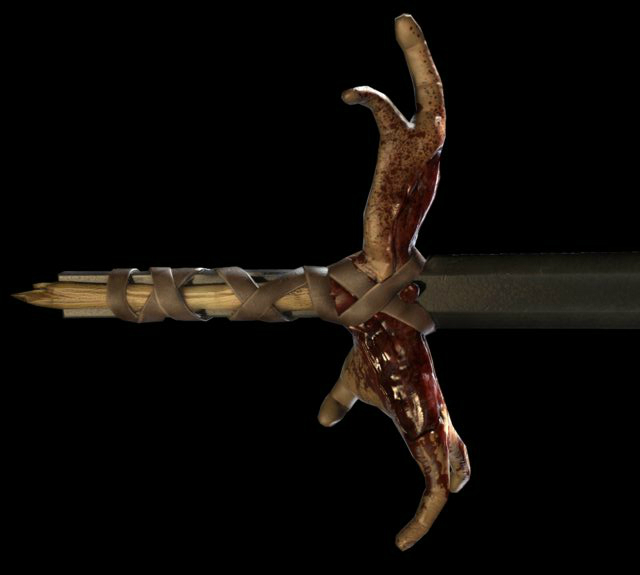