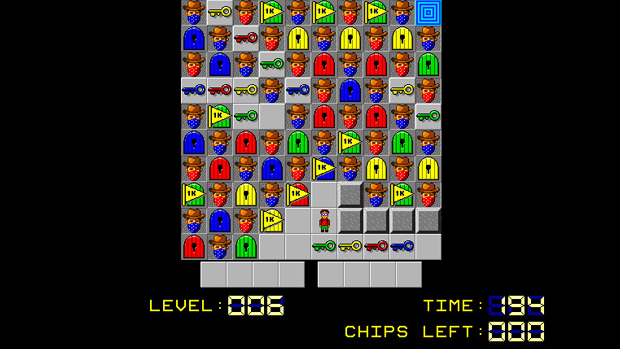 I didn’t even know there was a sequel!

After finishing development of the classroom favorite Chip’s Challenge, creator Chuck Sommerville got to work on a sequel and, two years later, finished it. But before the game was released, the rights were sold to a new owner who wanted him to fund the publishing himself. He couldn’t.

That was decades ago. More recently, Sommerville has been negotiating with the trademark owners to just release the damn game already. It’s been so rough, he “generally thought the only way Chip’s Challenge 2 was ever going to see the light of day was by having my wife leak it on the internet on my death.” It took nearly five years of back and forth, but it’s finally happening. Chip’s Challenge and its unreleased sequel will be available on Steam starting May 29, 2015. Crazy.

There’s going to be a $4.99 bundle with both games plus an Editor for the sequel, or you can download everything standalone. The original Chip’s Challenge will be $1.99 if that’s all you want.

Upon hearing the news, Chris suggested a Steam port JezzBall which, man, I haven’t thought about that nerve-wracking game since I was a kid. My library feels incomplete without it.