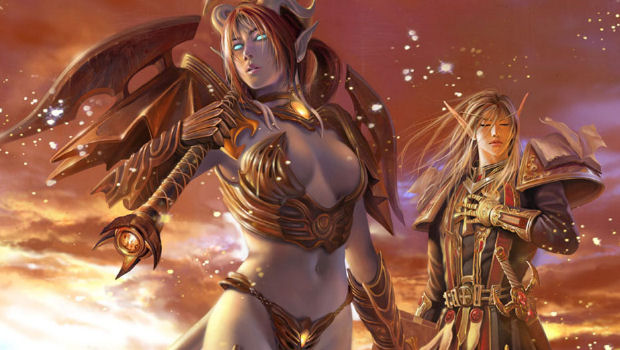 It’s been reported that prisoners in a Jixi labor camp were made to farm gold in MMOs, so the prison bosses could get rich selling it on. Some people already think gold farmers ought to be locked up, and it seems China is taking the notion literally.

Liu Dali would break rocks and dig mine trenches as part of his daily prison duties, then be made to play a range of online games at night in order to accrue vast amounts of virtual wealth.

“Prison bosses made more money forcing inmates to play games than they do forcing people to do manual labor,” said Dali, who was imprisoned for protesting against corruption in his hometown. “There were 300 prisoners forced to play games. We worked 12-hour shifts in the camp. I heard them say they could earn 5,000-6,000rmb a day. We didn’t see any of the money. The computers were never turned off.

“… If I couldn’t complete my work quota, they would punish me physically. They would make me stand with my hands raised in the air and after I returned to my dormitory they would beat me with plastic pipes. We kept playing until we could barely see things.”

Apparently this is becoming a widespread issue in Chinese prisons, where the lack of regulations allow this kind of exploitation to go on. So, if you’re ever tempted to buy some fake money, be aware it might have come from political prisoners being forced to play games until they can’t see. Classy.