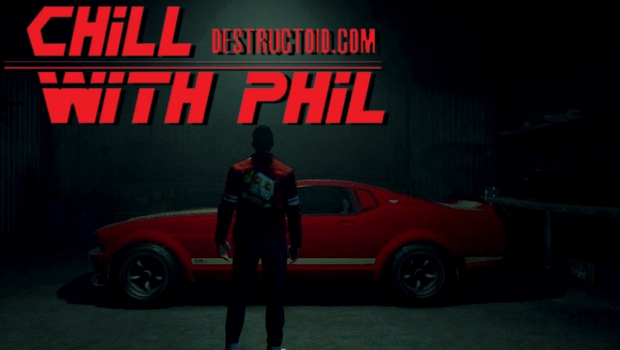 Still putting that MGS playthrough off. 🙁

Let me take a moment to introduce myself. Some of you may already know who I am, for those who don’t, my name is Phil and I have been doing live shows over on Destructoid’s TwitchTV channel for around two and a half years. I got started with streaming back in 2006 as a way to record my friends and I playing games while talking about dumb things. Now I am here, hosting multiple live shows (This one, “Chill with Phil” and another, “Gentlemen’s Club” that I co-host with Spencer Hayes) for one of the greatest gaming communities you can find on the entirety of the internet. I have come a long way since lurking on the site as well as the Twitch channel. So, if you are free tonight why not stop by Dtoid.tv and say hi!

So it seems that my addiction to Grand Theft Auto 5 is still a thing that I can’t seem to shake and Grand Theft Auto Online isn’t helping matters any. In what I promise is the last time I will put off my yearly Metal Gear Solid series playthrough (SERIOUSLY, I MEAN IT) I will be playing Grand Theft Auto Online (Xbox version) with you guys and streaming all the good times on our very own Twitch channel. What is that? You are worried you can’t join because you don’t have gold time? LUCKY YOU! IT’S A FREE GOLD WEEKEND! THE FATES HAVE ALIGNED TO BRING ALL OF US TOGETHER! EMBRACE IT AND JOIN ME ON MY SHOW TONIGHT!

P.S. I will be starting the Metal Gear Solid series playthrough NEXT WEEK, so get ready!