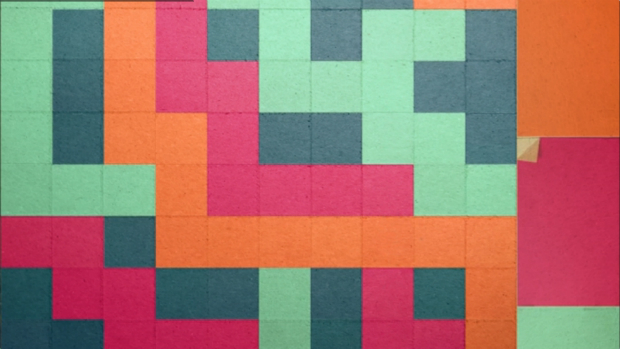 Despite initial impressions, State of Play’s recent iOS puzzle game KAMI is not about folding colorful pieces of paper into three-dimensional figures that resemble animals. Aesthetically, it does involve origami paper being folded, but mechanically, it has more in common with a rudimentary image editor’s fill tool. With zoomed in “pixels,” players in KAMI try to fill the screen with only one color in as few moves as possible. I’m not the only person who did that with MS Paint, right?

After its well-received iOS launch late last year, the title is now on Steam and Android as well. At $3.99, the Steam version costs a bit more than the original, but it includes all of the currently available premium levels, which exist as in-app purchases for both the iOS and Android versions.

I really dig the art style, despite its simplicity. More papercraft-based games, please!