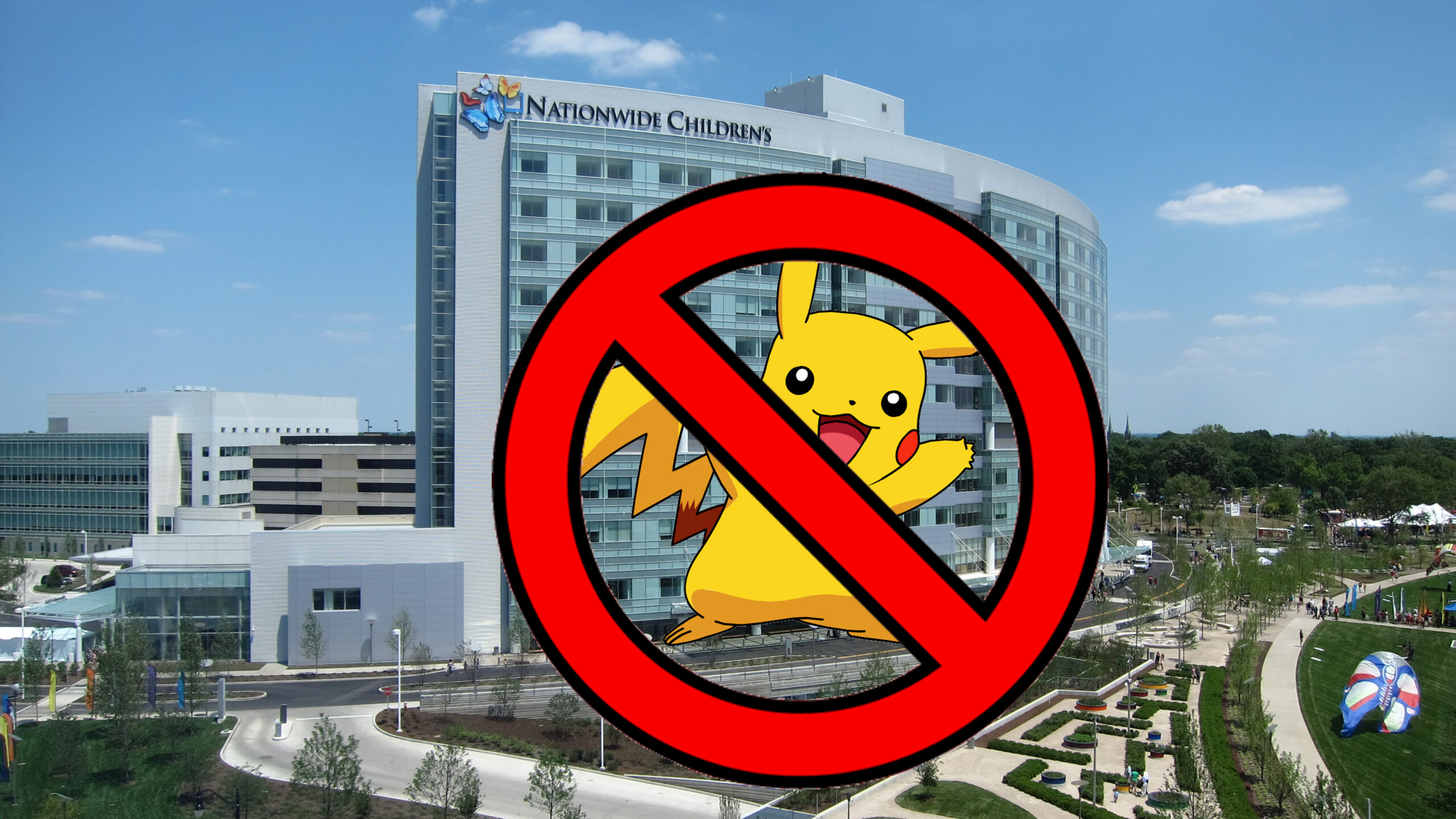 This game is fun, but use your brain people

Destructoid has received an email sent out to Nationwide Children’s Hospital staff in Columbus, Ohio warning them to keep an eye out for Pokémon GO players trying to enter restricted areas of the hospital in an attempt to capture the creatures showing up there.

BE AWARE – POKEMON GAMERS MAY ATTEMPT TO ENTER SECURE AREAS

SITUATION
A recently released and very popular new mobile game called Pokémon Go encourages players to use their smartphones’ GPS and back-facing cameras to catch virtual Pokémon in real world locations. This game encourages kids (and adults) to roam in public places and locations in search of Pokémon characters. It has been reported that some Pokémon characters are showing up in NCH secured areas and gamers are trying to get to the characters.

You know a game is blowing up when the security of a kids’ hospital has to put out a warning to be on the lookout for players. This also raises concerns about where the game has the lovable creatures spawning, as it clearly is encouraging players to go places they probably shouldn’t. We’ve reached out to the Pokémon GO developers at Niantic for their response on this and will update if one is received.