And change its menu

I had the lovely opportunity to play Children of Morta back in 2016, and holy cow I didn’t realize it was that long ago. I also put it on my “Indies of 2017 to Look Forward To” list.

But now it’s slated to release this year! So here’s my “One Game to Look Forward to in 2019” list, featuring Children of Morta. 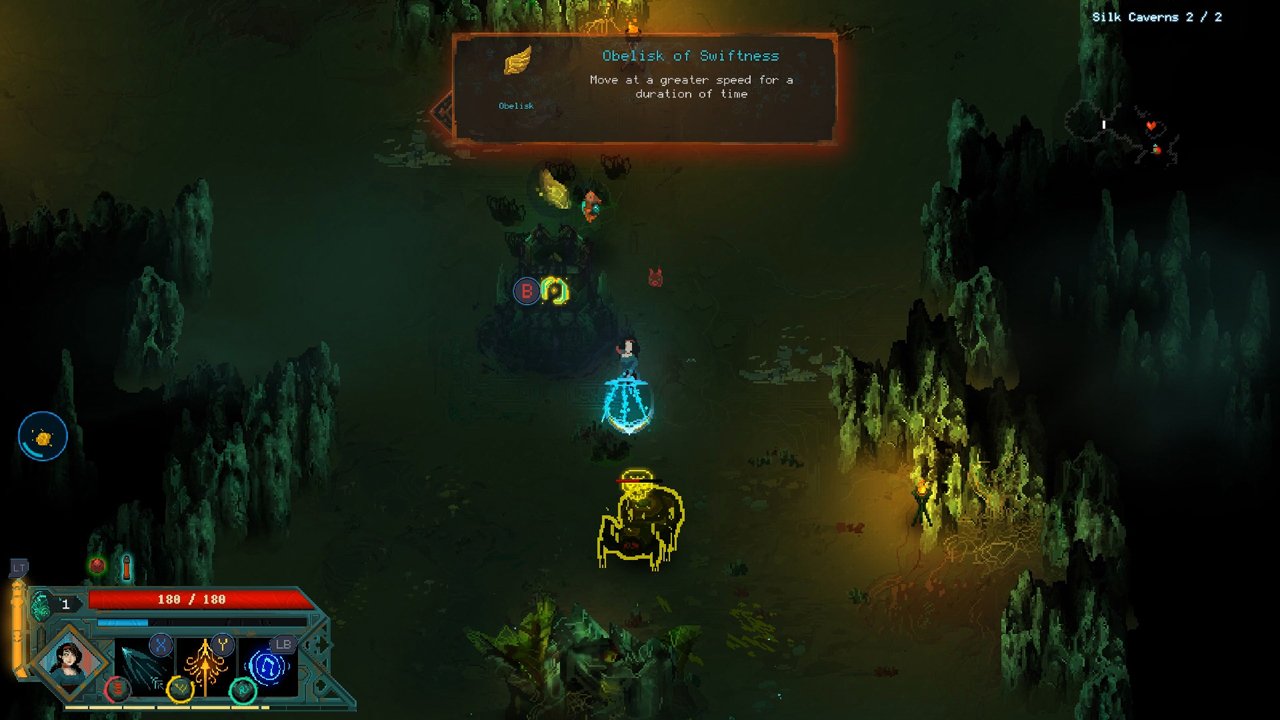 I wrote about Children of Morta in 2016 and, well, everything I said then still rings true. The game is absolutely stunning and is shaping up to be the next best thing. Though many titles have released since 2016 in the roguelike genre, I don’t feel like they quite hit on what Children of Morta does so well.

It’s the story-driven nature of the game that separates it from the competition. I mean, how many story-heavy roguelikes are there? I can’t really think of any off of the top of my head. Right from the tutorial it is clear that there is a story to unravel with this family. While so many roguelikes have a barebones plot to justify heading into the dungeons over and over again, Children of Morta constantly reminds the player that there is more here than just killing the baddies.

Interspersed between runs are miniature cutscenes that start to advance the general plot, which revolves around a family dealing with a corruption plaguing the land. In the early goings, the draw is less about the grandiose world issues (the corruption) and more about getting comfortable with this family. As they interact with each other the player is bound to feel at home and will become anxious to learn more. I wasn’t able to tell if the plot moved based on the amount of runs attempted or by achieving certain milestones within a run. Regardless, it felt natural and well paced.

Not a lot felt different from my first experience with the game in 2016. Children of Morta plays very well, though the two starting characters (an archer and a swordsman) hardly feel equal in power. The archer has to work much harder to achieve the same results as the dude with the sword and shield. Each character has a skill tree though, and as the archer began to level up, she started to kick some serious butt. There will be a total of six characters and local play is available for some co-op dungeoning.

Listen, Children of Morta will be great, I have no doubt about it. The story focus and solid gameplay will please most fans of the genre. However, one big thing needs to change: the pause menu. Here, look: 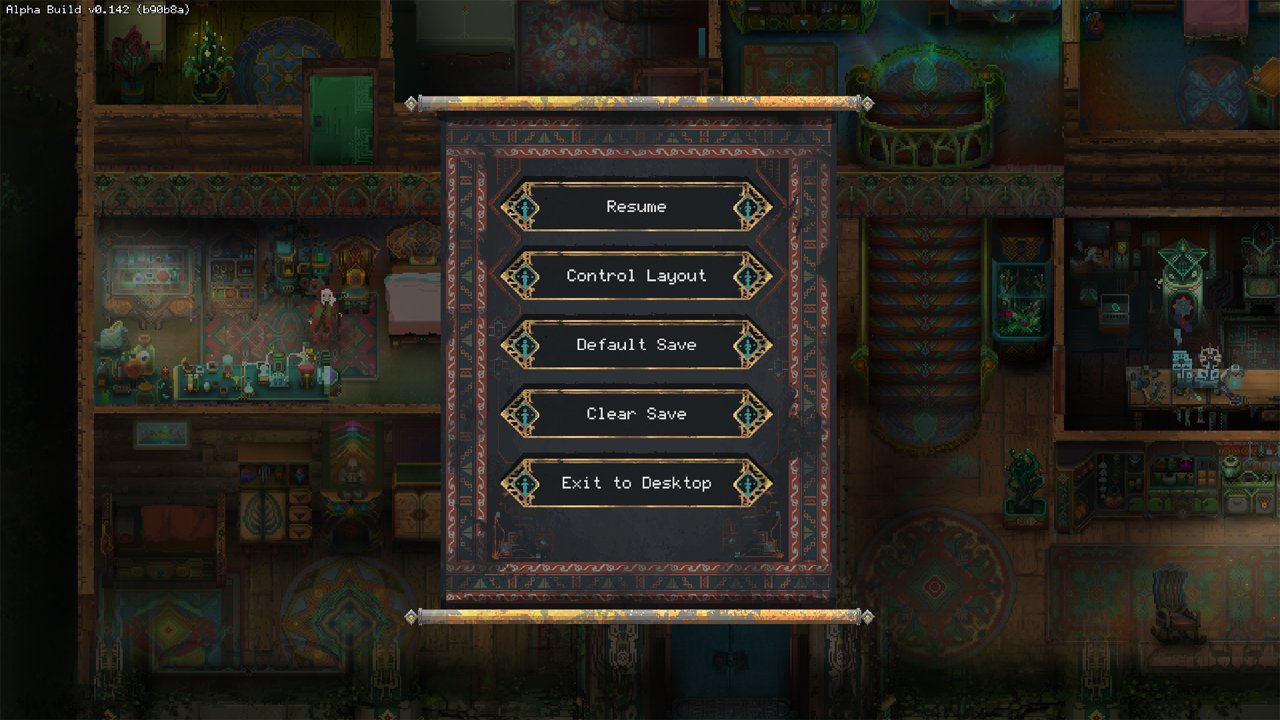 Most of these are obvious, except one: “Default Save.” Take a moment and guess what that option does.

Do you have a guess?

Did you guess “wipe all your progress back to zero?” Because I sure didn’t. I was assuming that, since Clear Save is there, Default Save might have been the actual save button. NOPE! Plus, there isn’t even an “Are you sure?” prompt afterwards. Just a screen letting you know your savegame is now being wiped clean. Great.

Listen, I know it’s just an alpha and there’s a long way to go, but I’m not sure how this makes it in to begin with! And how do you not put in a warning prompt?! If you’re wondering what in the world “Clear Save” does in comparison, it resets the save to before the tutorial, whereas Default Save puts the player after the tutorial, just with no progress made. Much to my chagrin.

Children of Morta is going to be another indie darling. It doesn’t punish the player with permadeath and experience/skills are constantly being worked towards. It looks gorgeous. It plays smoothly and rewards knowledge and patience. And perhaps best of all, it’s definitely going for the emotional play with the story that’s constantly at the forefront.