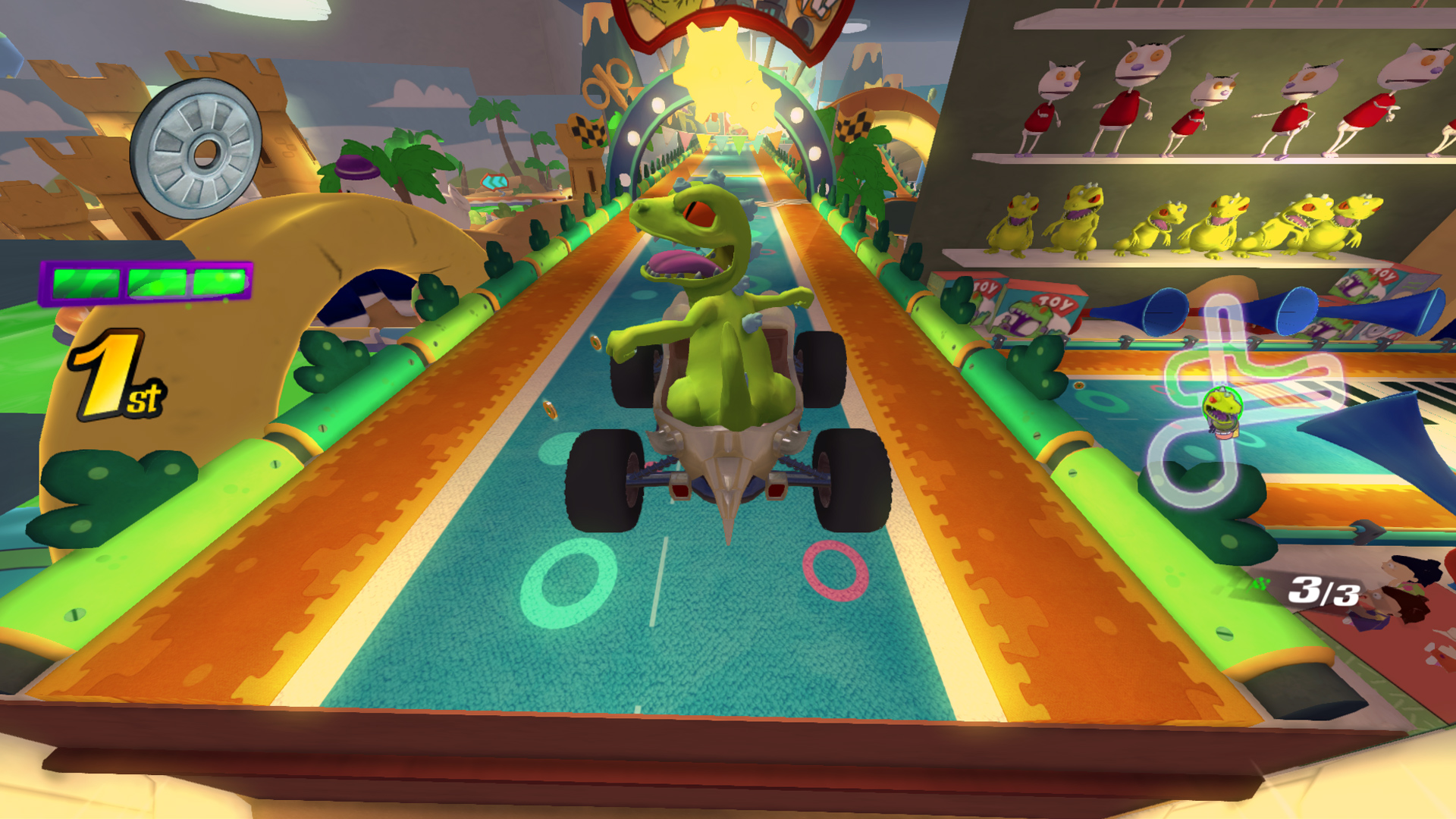 The spirit of Nicktoons Racing is surprisingly alive and well in 2018. The upcoming PS4, Xbox One, and Nintendo Switch game Nickelodeon Kart Races pulls characters from 12 different series including Rugrats, SpongeBob SquarePants, Hey Arnold!, and even Teenage Mutant Ninja Turtles.

Players will compete against each other with the usual power-ups, team up in co-op for powerful “fused” attacks, and go head to head in a Battle Arena. Confirmed tracks include Bikini Bottom, New York City sewers, Tommy Pickle’s house, and Arnold’s school (move it, Football Head!).

I’m not expecting a whole lot here, especially after seeing the $40 budget price tag, but this could be perfectly fine for nostalgia-prone players. Nickelodeon Kart Racers releases on October 23, 2018.