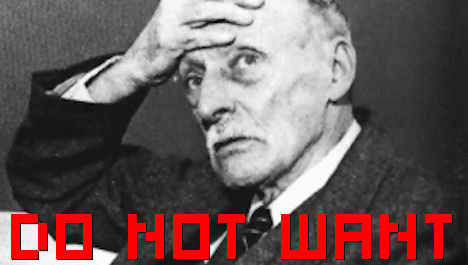 Fallout 3 lead designer Emil Pagliarulo doesn’t agree with the killing of children. As someone who used to live in London surrounded by chavvy teenage scumbags, I would disagree, but nevertheless Bethesda will not simulate the killing of kids in its upcoming post-apocalyptic RPG.

“This is a series that in previous installments allowed players to kill children, right? When Bethesda first started developing Fallout 3, we had early conversations about whether you’re going to be able to blow the kids’ heads off,” Pagliarulo explains. “But then we began to think, really what benefit would there be in killing the kids in the game? It just seems gratuitous, unnecessary and cruel.

“The reverse of that is some of the great stories that have been told that involve kids. Look at George R. R. Martin’s Song of Ice and Fire books. Kids play an important part in that series, and violence to those kids is an important part of those stories.”

I’m sure this was a completely moral choice on the part of Bethesda and had nothing to do with the fact that the censors would tear the game limb from limb if they dared to include it.