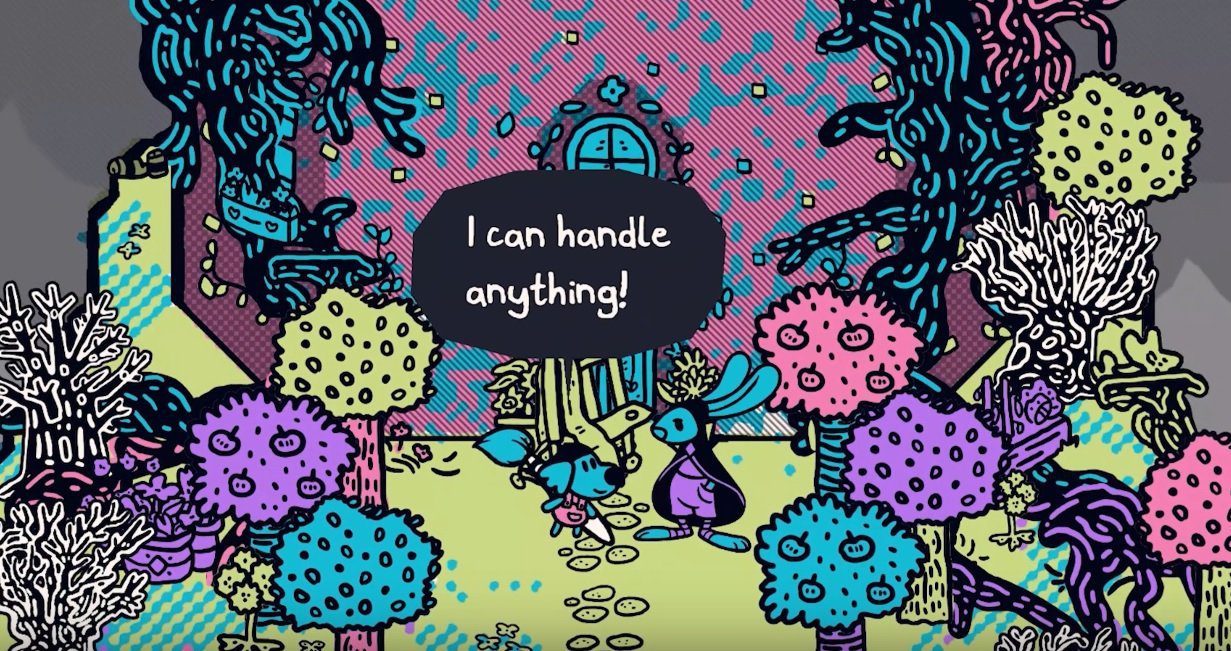 Publisher Finji has announced that Greg Lobanov’s cheerful Chicory: A Colorful Tale is finally ready to open its big box o’ paints. The watercolor-based fantasy adventure will launch on PC and PlayStation platforms on June 10, a mere fortnight away.

Chicory will see players pick up a magical artifact known simply as The Brush; the one tool that can possibly bring life and color back to Picnic Province. The once-beautiful world has been drained of its palette and, with The Brush’s titular wielder missing-in-action, it’s up to our doge pal to discover the whereabouts of Chicory, while restoring the land to its former glory.

Greg Lobanov’s previous release, Wandersong, won over fans and critics thanks to its charming nature, storybook aesthetic, and deft use of visuals and music in order to tell a pleasing — even inspiring — spiritual story of heroism. Chicory already looks to capture the same theme of determination against the odds, as well as offering a positive credo that one person can make a difference. I’m definitely looking forward to making some happy accidents when Chicory: A Colorful Tale launches, June 10, on PS4, PS5, and PC via Steam.