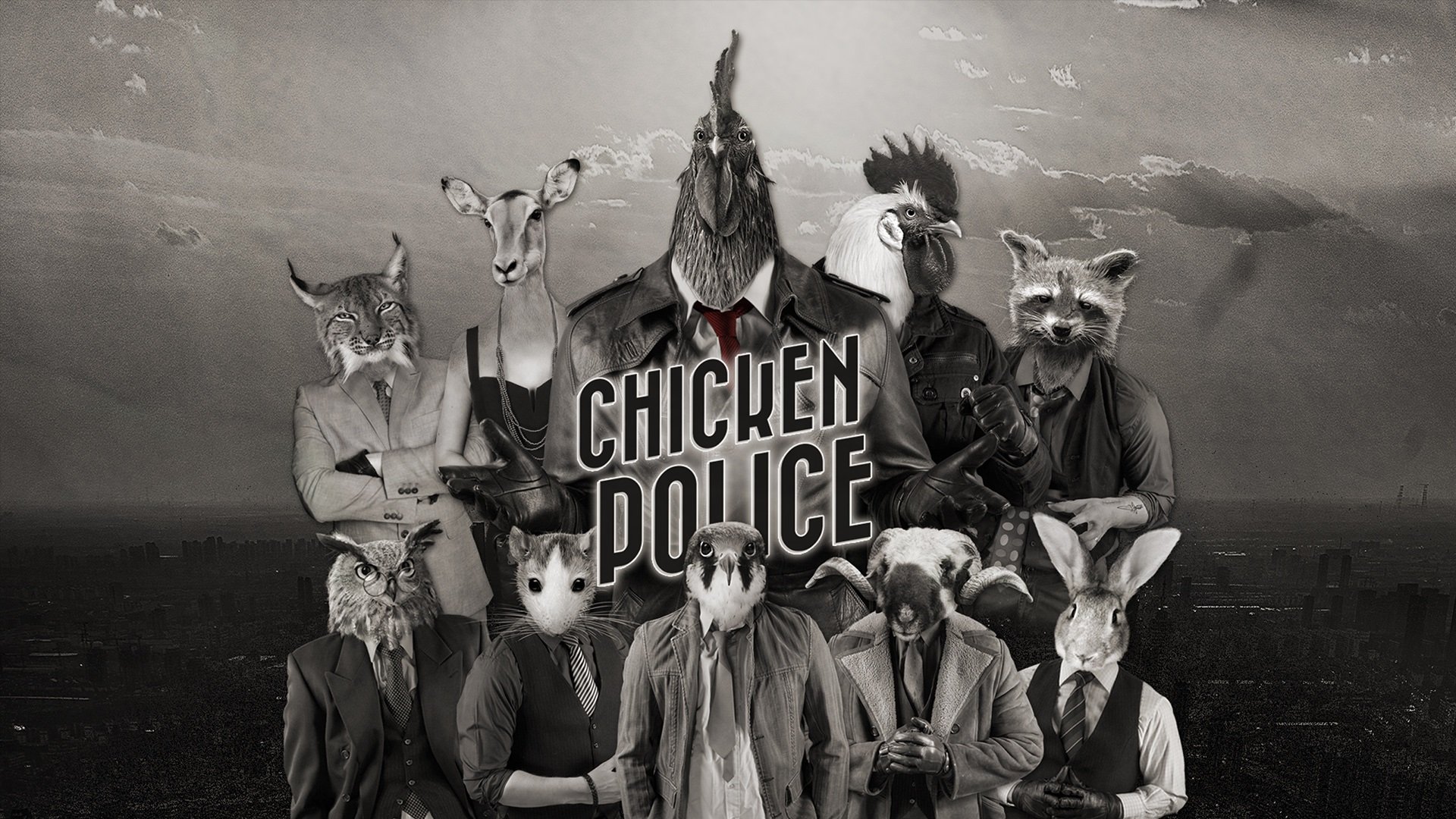 And I simply must have it

I’m back on the beat, fellow animal lovers. The Captain reinstated my badge, the division gave me the go-ahead to hit the streets once again, and I’m all nice and whiskeyed up. Just like a real noir police antihero.

I present to you Chicken Police, the debut game from Hungarian developer The Wild Gentlemen. Chicken Police takes place in Clawville, a city populated entirely by animals (with human bodies, but don’t worry about that), where predator and prey live together in peace. But utopia is just a six-letter word, and nothing is as it seems. Enter Sonny, burnt-out former star detective, and Marty, whose light is fading — and fast. The two former partners must work together once again to solve the grisliest crimes in the city’s history, and the roots run deeper than the lines that etch our heroes’ weathered faces.

The game blends photomanipulation with 3D graphics to create a look that’s very much ’40s noir cinema. Promising a mature, but absurd, narrative, Chicken Police guides players along in a visual novel mixed with point and cluck (get it lol) elements to create something both visually striking and thematically charged.

I know I mostly cover animal-based games, but few have ever stopped me dead in my tracks like this one. I mean, did you hear that song in the trailer? That’s original music, baby! I’m a sucker for games with quirky themes and original music, so of course I took notice to this one straight away. Mix that with the animals-as-people motif and spot-on detective visuals, and yeah I didn’t really stand a chance.

Chicken Police is currently eyeing a Q1 2020 release for PC, Xbox One, PS4, and Switch. Keep this one on your radar, folks. Also, cocks.