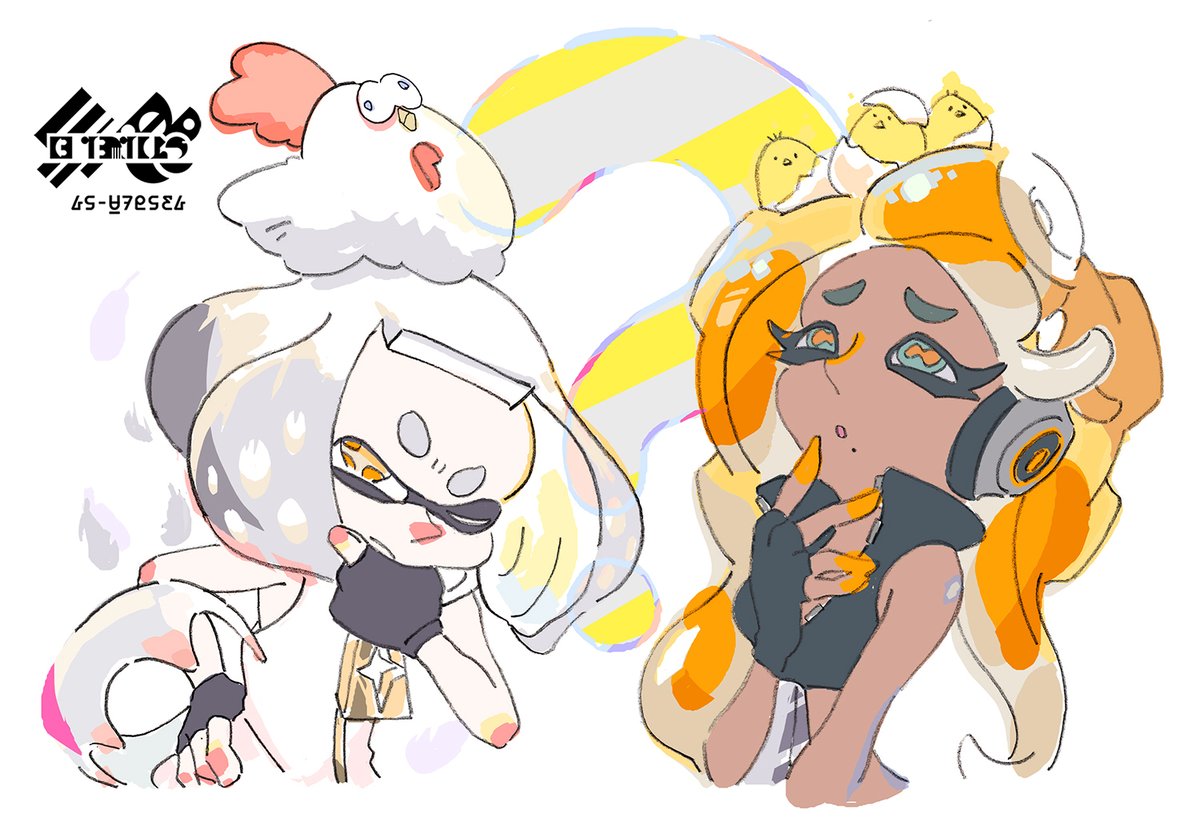 Over the last couple of days, North American and European players battled it out on Nintendo’s Splatoon 2 to answer one of life’s oldest brainteasers, Which came first: The Chicken or The Egg. Now, we have a (scientifically-binding, I assume) answer.

Pearl’s Team Chicken took the 2 – 1 victory, defeating Marina’s Team Egg in both Solo and Team play. Interestingly enough, the public poll leaned heavily toward Egg, taking 59% of the vote. Things were different on the battlefield though, and Pearl now has another victory under her wing (WING! LIKE A CHICKEN!).

It should be noted that Chicken players got to use an all-new white ink, and never question the influence “something new” can have over a person’s philosophical beliefs. Regardless, congratulations to Pearl’s posse who this weekend — just like the chicken — came first. 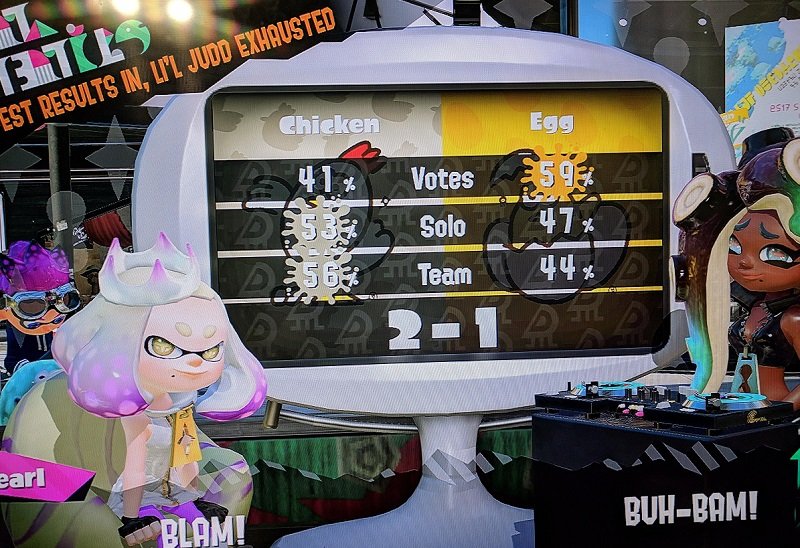