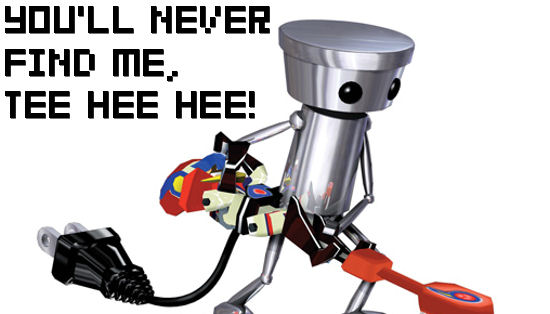 The folks at 1up.com are reporting that Chibi-Robo: Park Patrol went on sale Tuesday, but Nintendo failed to let anybody actually know about it. Furthermore, those that did know would still have had great difficulty tracking the DS title down because its exclusive to Wal-mart and this wasn’t properly revealed either. According to 1up:

The only way you’re expected to uncover Chibi-Robo‘s secret location is to check out the official Chibi-Robo website where Wal-mart is listed as the exclusive seller. However, not even that site was properly published, found tucked away at the bottom of a Nintendo press release about giving seeds to kids.

Chibi-Robo: Park Patrol is supposedly exclusive to Wal-mart because of the chain store’s environmental program which ties in with the game’s eco-friendly themes. It would have actually been nice if we were told that a little sooner, though.