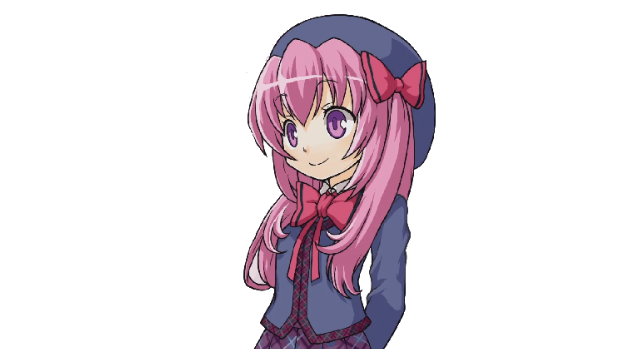 Cherry Tree High I! My! Girls! isn’t just the best string of words ever, it’s also a visual novel from doujin circle 773, makers of the “slice-of-life adventure game” Cherry Tree High Comedy Club. It’s coming to Steam (and other PC distributors) on November 20 for $3.99.

Now that Mairu and friends have successfully re-opened the club, they actually need to act like a club! Mairu’s nemesis Chitose hasn’t run out of tricks to catch them out just yet, so they’ll need to be careful! But the Chitose isn’t the only problem that Mairu and friends have to contend with… A rival club is competing for the spot of number one entertainment, and a new transfer student will deeply affect the Comedy Club line-up!

Cherry Tree High I! My! Girls! continues the story of the first game, introducing new stages, characters, and music. Also,”minimal user interaction and a single story branch.” Wait, what?