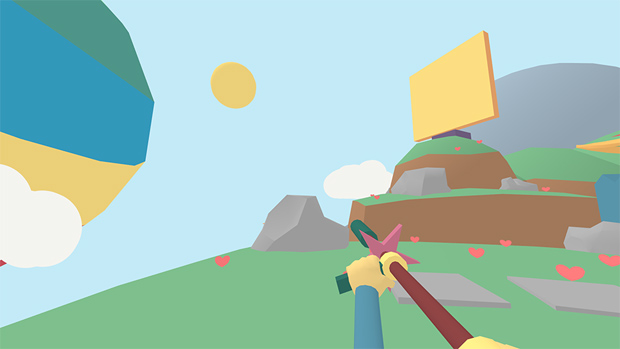 An abstract speedrunning game out now on Steam

Lovely Planet is described as “a game of jumping and shooting,” which sounds so much more fitting than “first-person shooter.” You do shoot your gun at cute little things from a first-person perspective, sure, but I don’t want to call something that looks like it exists in the same universe as Katamari Damacy an FPS. That’d feel wrong.

It’s probably for the best that Lovely Planet has such a cute art direction, because the game will eventually make you want to break stuff within reach of your computer — that’s what I’ve gathered from watching videos, anyway. This is a game focused on speed, and later levels aren’t afraid to test your skills and your patience. You know they mean business when, upon death, you’re instantly thrown back into the action. No “try again” or anything.

This is out on Steam and Humble for Windows, Mac, and Linux at the rather affordable price point of $5.09. For now, I’m digging that upbeat music by Calum Bowen. “Lovely Mountains,” indeed.