The recent announcement of Virtua Fighter 5: Final Showdown for Xbox Live Arcade and PlayStation Network during the summer of 2012 was great news to many fans in the fighting game community. The Virtua Fighter series is regarded by many to be one of the most balanced and hardcore fighters out there, and it garnered even more attention when Virtua Fighter 5 champion Fuudo took the championship in Super Street Fighter IV: Arcade Edition at EVO this year.

Final Showdown has actually existed in Japanese arcade since 2010, but there was no way for American fans to check it out besides flying around the world. Consider how surprised the PAX crowd was when the local Seattle Gameworks announced that Sega had sent over one of the Japanese cabinets for the attendees to check out.

Not only that, but our friends at iPlaywinner hosted a live stream of the game for people at home to watch. I was able to sit down with Patrick Riley, director of international product development at Sega to talk about this anticipated release.

Virtua Fighter 5: Final Showdown is the second major upgrade to Virtua Fighter 5 in America since it was released in 2007. In this version, due to come out in the summer of 2012, one of the most noticeable changes is the addition of two characters. Taka-Arashi from Virtua Fighter 3 makes his return after being considered too difficult to incorporate into VF4 and VF5. The second character is French karate fighter Jean Kujo.

Besides these two new characters, Final Showdown also boasts new stages, such as a retangular stage that allows for ring outs only on one side and several new stages with breakable walls. Cosmetically, this version looks great, with improved animations and lighting, as well as making it easier for people to see things such as block animations. 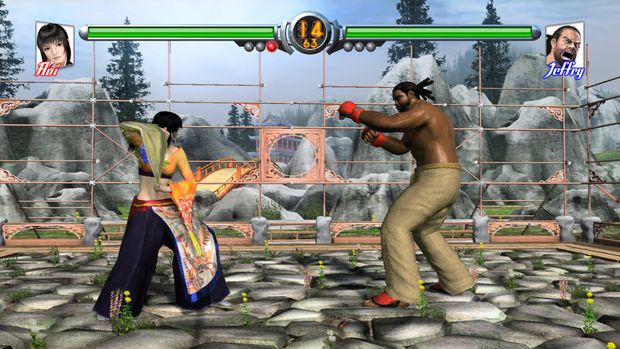 Under the hood, the fighting system has been retooled to make this game more accessible to series beginners while trying to maintain the mind games and balanced gameplay that seasoned players enjoy. In other words, Sega wanted to make sure the core system was the same, while simplifying some controls to make most moves easier to pull off for newcomers.

According to Patrick, Sega was committed to listening to the fighting game community, and while they couldn’t deliver on a famous petition to bring a previous iteration of Virtua Fighter 5 to the states, that petition encouraged them to work on bring something to the vocal and passionate fanbase of the Virtua Fighter series. Those who are dedicated to the series and have had a chance to play Final Showdown in Japan have apparently been fans of the changes. It remains to be seen what the reception will be like in the States.

As for any news of a completely new game, while there is nothing to report for a possible Virtua Fighter 6, right now they are committed to making VF5 the best it can be. And when asked about the price of this title, all he had to say was that, being a standalone digital title, it will therefore be a competitive price. If you are a fan of hardcore fighting games, look forward to dishing out some money on this standalone title next year.