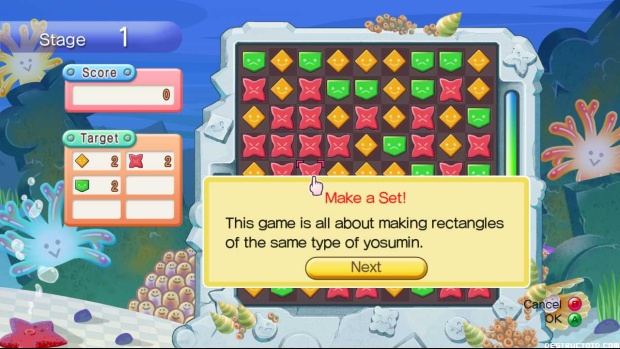 Yosumin Live! certainly looks happy, although I have to admit the upset and slightly peeved faces of some of the Yosumin themselves put a smile on my face.

We’ve known about the Xbox Live puzzle title since late last year, but it was confirmed in last night’s game onslaught announced at the Microsoft press conference, and today we have video of how it will actually play (which you can see after the jump).

Not really seeing anything majorly special here, but it looks crisp and clean anyway. I have to admit I am interested in seeing Square Enix try their hand at more games outside of the RPG genre, so we’ll see how this one goes. For now all we know is that it’s due out on Xbox Live Arcade sometime this year, but when we find out more we’ll keep you posted.