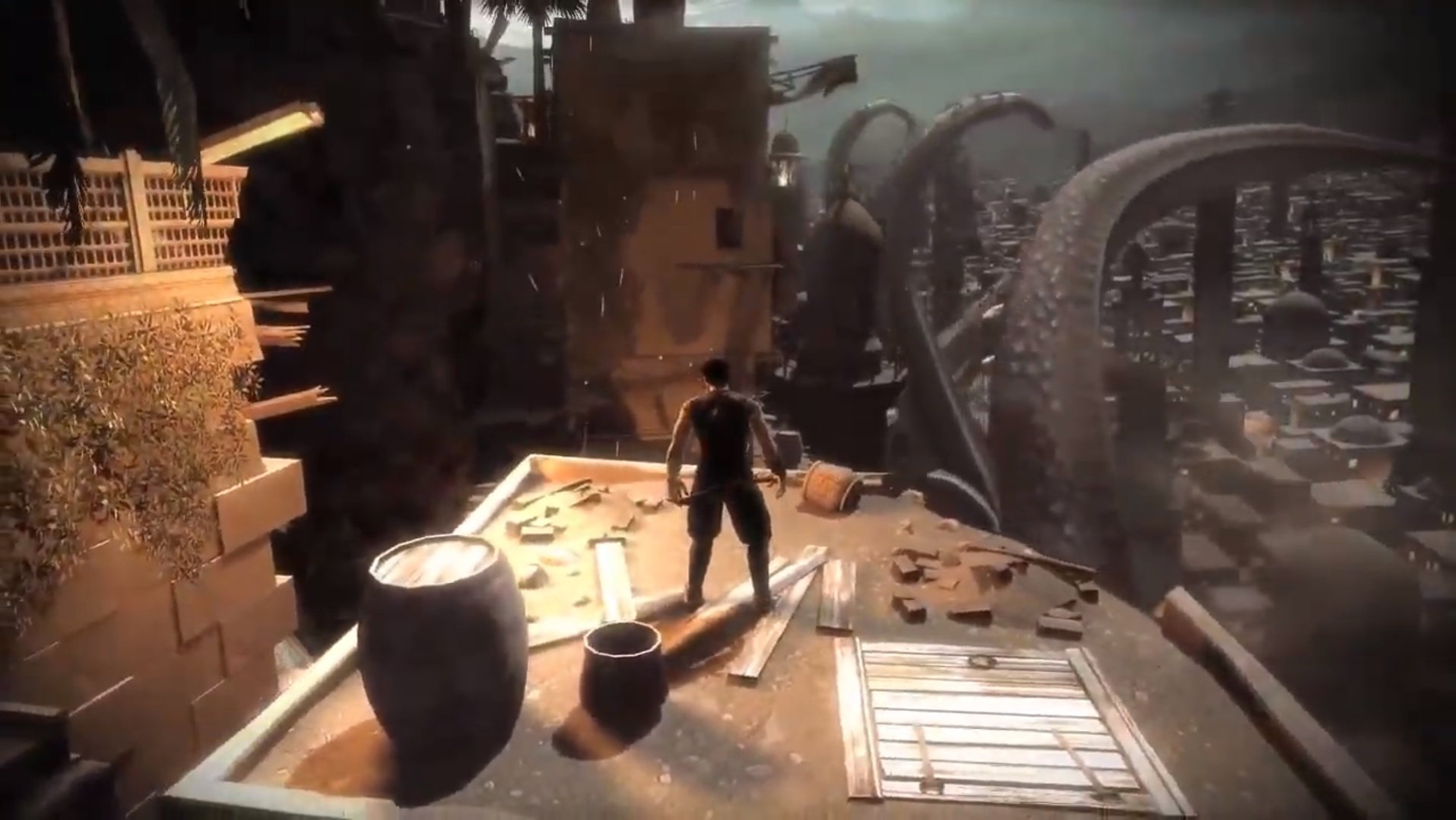 This is definitely The Weird Story of the Day — but don’t underestimate 2020’s ability to swoop in and get way weirder at the drop of a dime.

People have been begging Ubisoft for a new Prince of Persia for almost a decade. As it turns out, footage of a new (but canceled) Prince of Persia has been sitting on YouTube since 2012. It just went completely unnoticed this entire time.

Subtitled Redemption (how wonderfully early 2010s), a new Prince of Persia game PoPped onto the radar this week as people found the developer’s internal pitch video to Ubisoft. It looks something like a mix of Uncharted (big, splashy action setpieces), God of War (a tentacled monster smashing everything), and the signature Prince of Persia flashy combat and parkour running.

Former Ubisoft animator Jonathan Cooper took to Twitter to confirm that this video had been passed around the company back in the day, even admitting that this pre-rendered target gameplay pitch informed the style of the Assassin’s Creed III team’s pitch. Cooper also dropped a discouraging tidbit as to the likely reason why we haven’t seen another Prince of Persia in so long. “Sadly Ubisoft are generally quicker to cancel Prince of Persia games than others [properties] because [as far as I know] original creator Jordan Mechner still holds license rights so the profit margins are lower,” Cooper said.

That could be why Redemption never got greenlit. Or, Ubisoft could’ve wanted to let the series breathe for a little bit after 2010’s Prince of Persia: The Forgotten Sands and the accompanying Jake Gyllenhaal movie. Whatever the logic, here’s a prince who never got to take the throne.