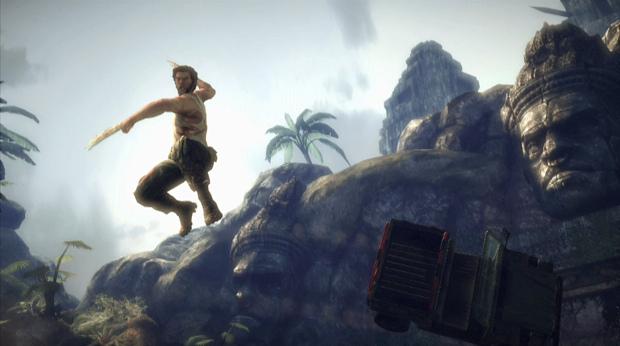 We can’t confirm that X-Men Origins: Wolverine won’t have a scene with Wolverine fighting by pools of lava. However, we can confirm that he’ll fight in several extreme environments. The fourth developer diary for the game, “Behind Just Origins,” deals almost exclusively with location — snow, jungle, and Olmec heads, oh my!

But that’s not quite all of it. Spoiler alert: Wolverine didn’t always have metal claws. The game will take players inside of the Weapon X facility, as well as other unannounced locations. (Teased as secrets, of course.)

You can view the video after the jump. It doesn’t pack the typical oomph — promises of greatness or character debuts — but it’s a nice watch anyway. Especially if you like watching grown ass men making funny noises and pretending to have steel claws.