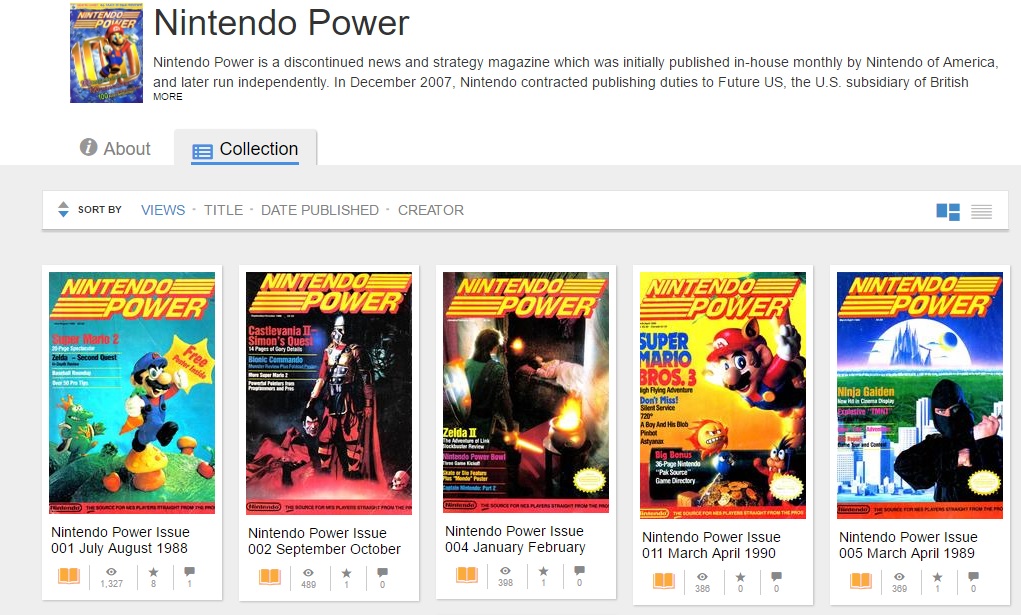 145 issues at the moment

Nintendo Power was a staple of my childhood and beyond. I still remember picking up my first issue, and I picked up the last, which was released in December of 2012.

Now, you can relive those moments with an archive.org page, which currently has 145 issues uploaded. Some of my favorites involve all the Mega Man magazines (with amazing 2D level layouts; or, remember this awesome silver cover for Mega Man X?), and the Batman movie tie-in game, with its iconic purple Batman in all its glory.

A lot of these still hold up, given that so many cover stories have been re-released into oblivion or are on the current Virtual Console. Long live Nintendo Power.