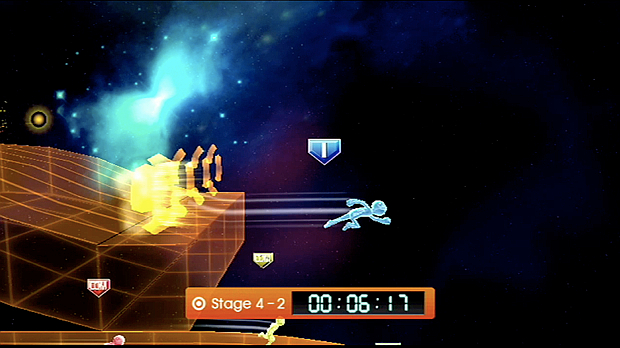 The Let’s Tap family is toast. (We’re guessing overdose on whatever tranquilizers daddy and company were stealing from mommy.) SEGA’s latest Let’s Tap trailer, which you can view after the break, doesn’t quite have the zip as the last one. Instead of featuring the atomic and oh-so-happy aforementioned family, the Sonic publisher elected to bust out some gameplay footage.

We’re left with only assumptions about the family. I guess there is a chance that creepy daddy is living under a bridge somewhere, getting one last high off the kilo he sold his daughter for. But basic logic suggests he’s in a morgue.

Anyway, the trailer’s action shows “Tap Runner,” one of the four mini-games available in Let’s Tap. The objective of this tiny game is to win a holographic race … by tapping on a small cardboard box. Awesome!