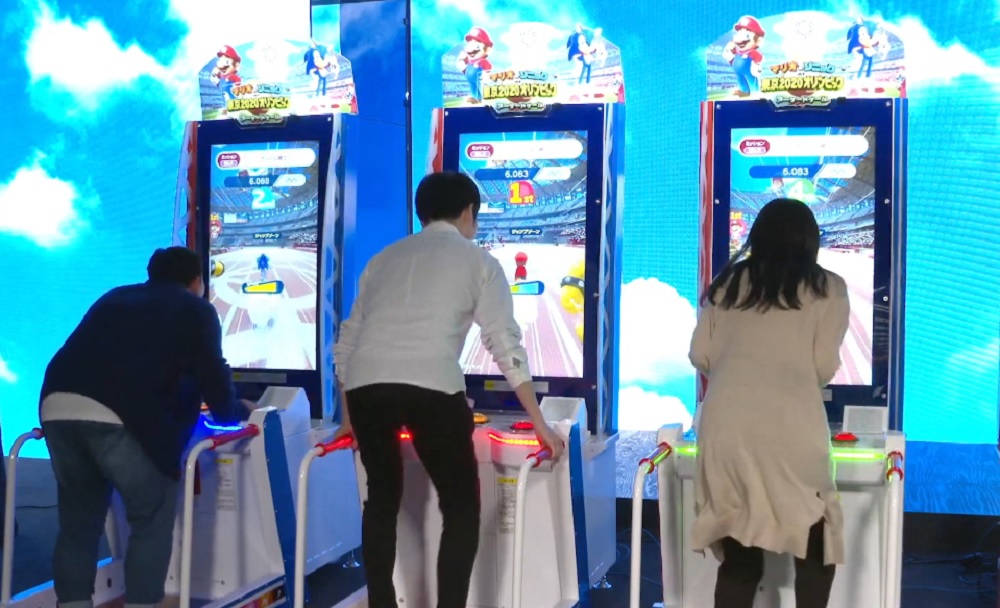 Sega has launched a unique coin-op variant of recent Nintendo Switch release Mario & Sonic at the Olympic Games Tokyo 2020 in locations across Japan. The fun-looking arcade features 12 events from the home version, as well as multiple characters from the sporting title’s all-star roster.

The arcade uses pressure pads and large colourful buttons for ease of play, and turns the typical button-mashing gameplay into a more physical experience, which encourages players to run on the spot, physically hop over obstacles, and strike the buttons with split-second timing. Up to four machines can be linked for multiplayer action.

You can see the arcade in action in the promo trailer below. It actually looks like a lot of fun and, though it’s unlikely, it would be great to see this arcade show up on western shores. For now, the home version of Mario & Sonic at the Olympic Games Tokyo 2020 will have to suffice, and is available now on Nintendo Switch.

Filed under... #Arcade#mario#Mario & Sonic at the Olympic Games Tokyo 2020#Sega#Sonic#Switch