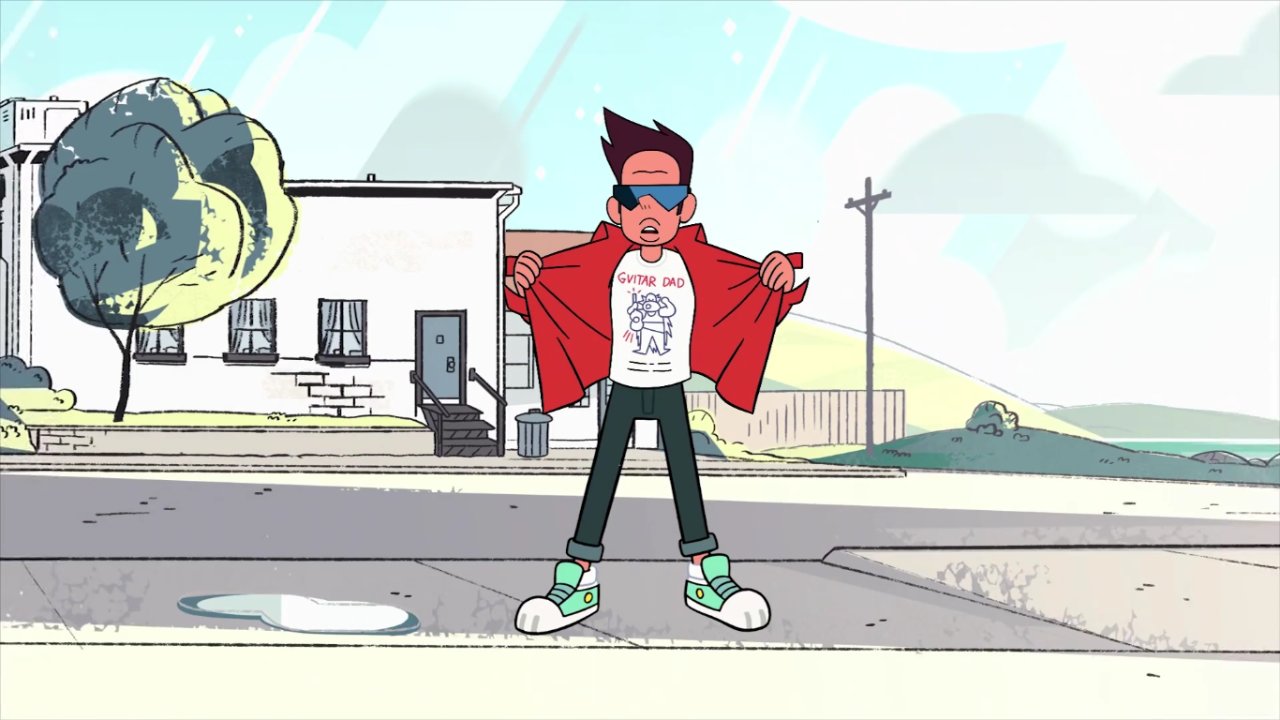 [Meanderbot made a t-shirt for Destructoid, and I get to make Steven Universe references; everybody wins. I guarantee it’ll be the coolest thing you’ll ever get hit in the head with! ~Strider]

You may have heard. I made a t-shirt. But first, some history.

Some time ago I made a print for a little podcast called Destructoid Radio (RIP). They had a saying there: “Be Better People.” A simple plea for people to seek improvement, and make life better for everyone by not being a knob. I liked it and made a print based on it. 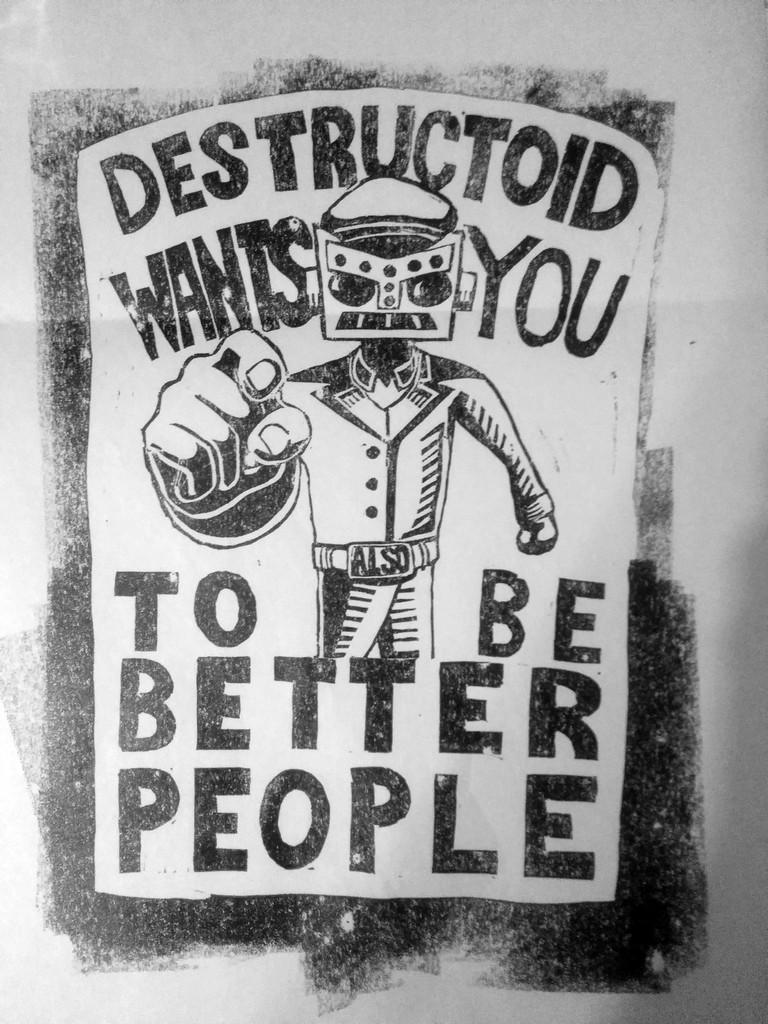 And then the podcast died and the print went nowhere.

But many months later, I offhandedly made a reply to one of Niero’s comment that we should make a t-shirt with this image, and he gave me the okay to do so on my own. So in true Meanderbot fashion, I made good on the offer several months later. So here it is, a thing you can buy if you’d like. The last day to get your order in is February 16. It might be available later, but unless there’s demand for another Teespring campaign, or I find another t-shirt vector, it’ll be more expensive and, the most important bit, I’ll make less money from each sale.

And speaking of money, since Niero was kind enough to let me use the empire he built so I can make a buck, I’ll return half of the proceeds back to Destructoid on my next HUGE payment after the sale ends. It’s the least I can do. Maybe we can get Steven some food.

Anyways, these come in two flavors: 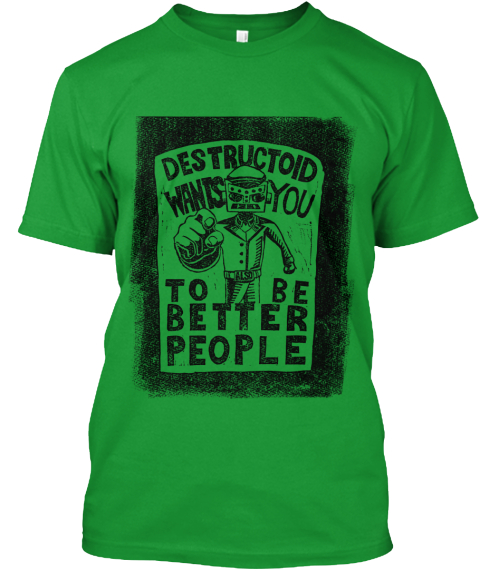 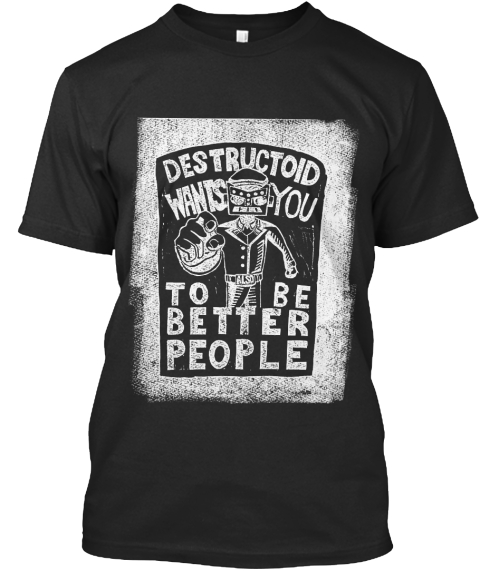 So that’s all I really have to say about that.  Thanks again for the support all of you have shown me continuously. It means the world to me.

And remember: Be Better People.