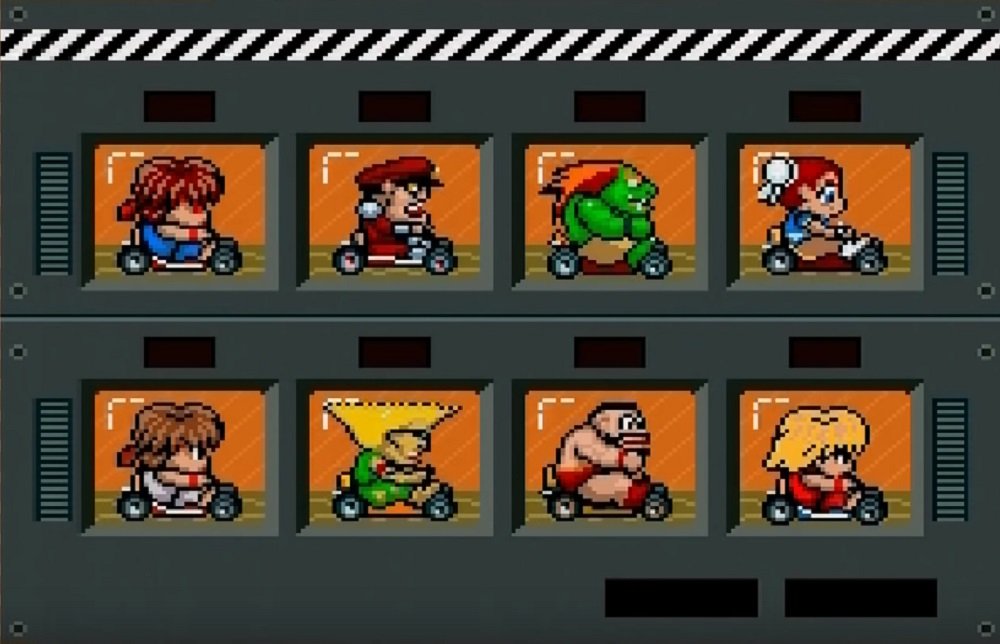 Ryu, Ken, Chun-Li, Bison and co. all put in an appearance in place of the games regular roster, even Dhalsim turns up as to referee the race in Laikitu’s stead. Some fun tweaks have also been made to certain sounds to better reflect the appearance of the world warriors.

Nintendo Duo isn’t new to Mario Kart hacks, as an earlier video, uploaded to the account back in January, features co-op party favourite Mario Kart 64, but with its roster replaced by characters from popular punching anime Dragon Ball Z.

We may never have gotten official kart titles in either of these brands, but at least these fun videos gives us an amusing glance at what might have been.