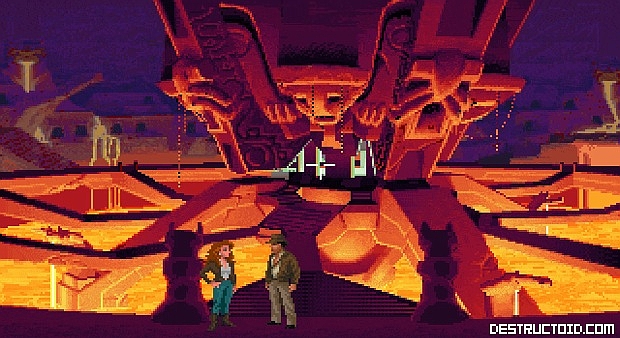 Way back in January, Activision announced Indiana Jones and the Staff of Kings for the Wii, DS, and PlayStation Portable via YouTube. Since then, news on the Indy title has slowed considerably. Hell, I forgot it existed until today, when Activision released a bunch of screenshots for Fates of Atlantis — a bonus addition to the Wii version of the game.

The good news is that Fate of Atlantis looks beautiful. It seems like LucasArts are handling the SCUMM title’s conversion to Wii hardware well. I never had an opportunity to play the title when I was big into adventure games (King’s Quest, Quest for Glory and Space Quest were my jam) but I was always intrigued by the diverging paths that the narrative takes depending on your critical thinking and action skills.

As far as we know, Indiana Jones and the Staff of Kings is still slated for a Spring release. So, let’s hold hands and hope it doesn’t blow as much as the last movie.