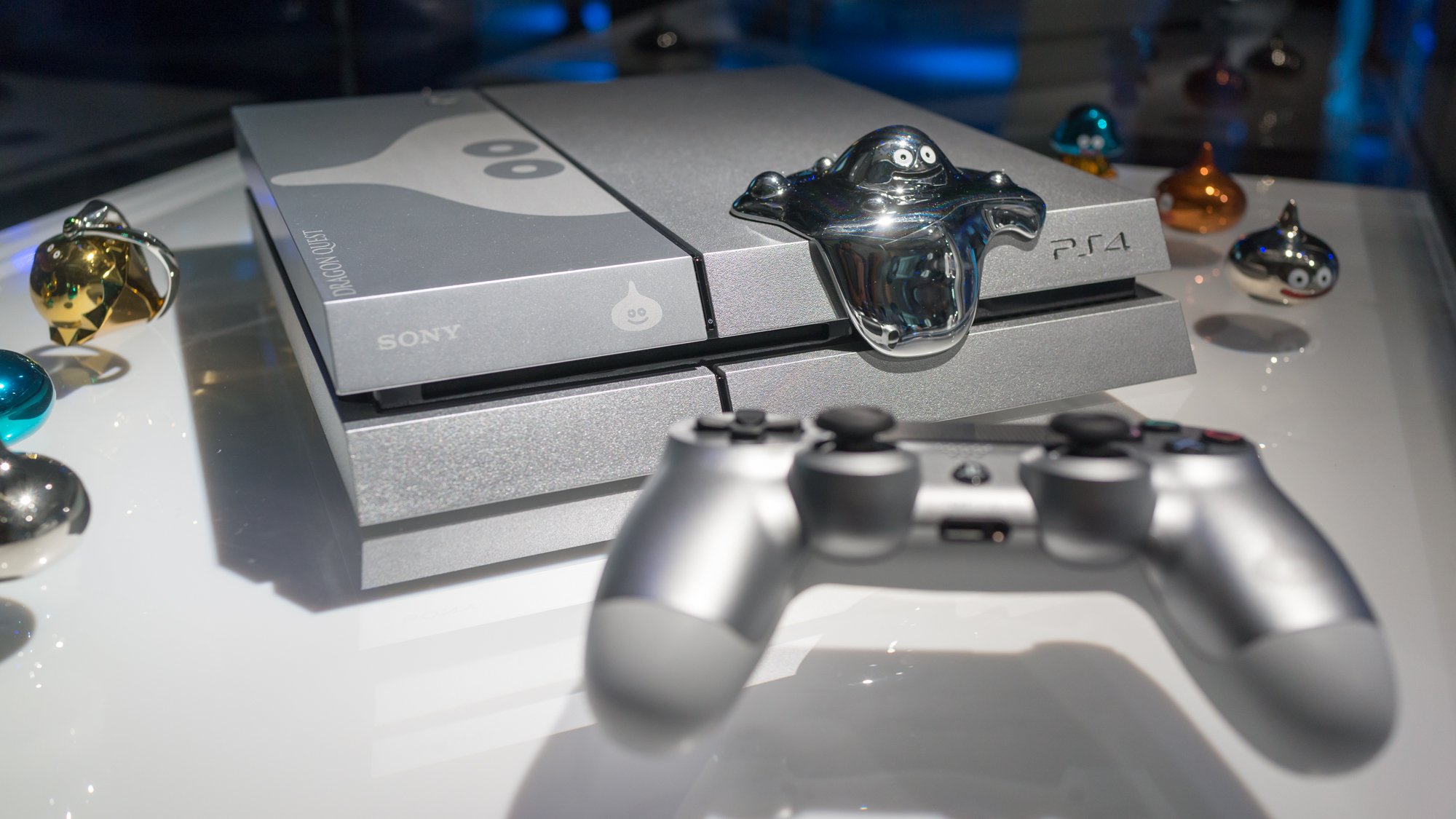 We got an up-close look at the recently announced Dragon Quest Heroes PS4 at Tokyo Game Show today. The Square Enix / Koei Tecmo tag team is exciting enough that Sony is bringing out this silver, slimed PS4 in Japan.

The metal slime topper melts down the system’s face, which looks really great in person. There’s also a cute little slime graphic on both the system side and front edge, as well as on the matching controller’s right grip.

You can get a better look in our gallery.

Fat, slimy chance on this system ever releasing outside Japan.