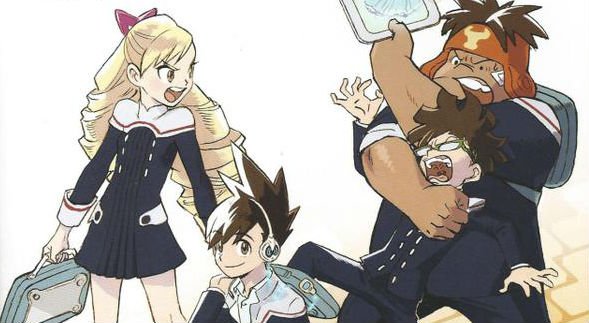 Remember Mega Man Star Force? It was an insanely popular subseries that warranted multiple iterations and versions (a la Pokémon), but when Mega Man kind of just…died…it did with the rest. If you never felt like you got to say goodbye, artist Tokiko Nakashima has whipped up a new piece of artwork by way of the Capcom Special Collection book that shows the cast all grown up.

Like I do for pretty much every new bit of Mega Man related news, I’ll pour one out later today for this dead series.