Announced during Square Enix’s E3 press conference, Final Fantasy VII Remake is getting one hell of a collector’s edition. The game will actually have two different editions for fans ready to drop a bunch of cash. 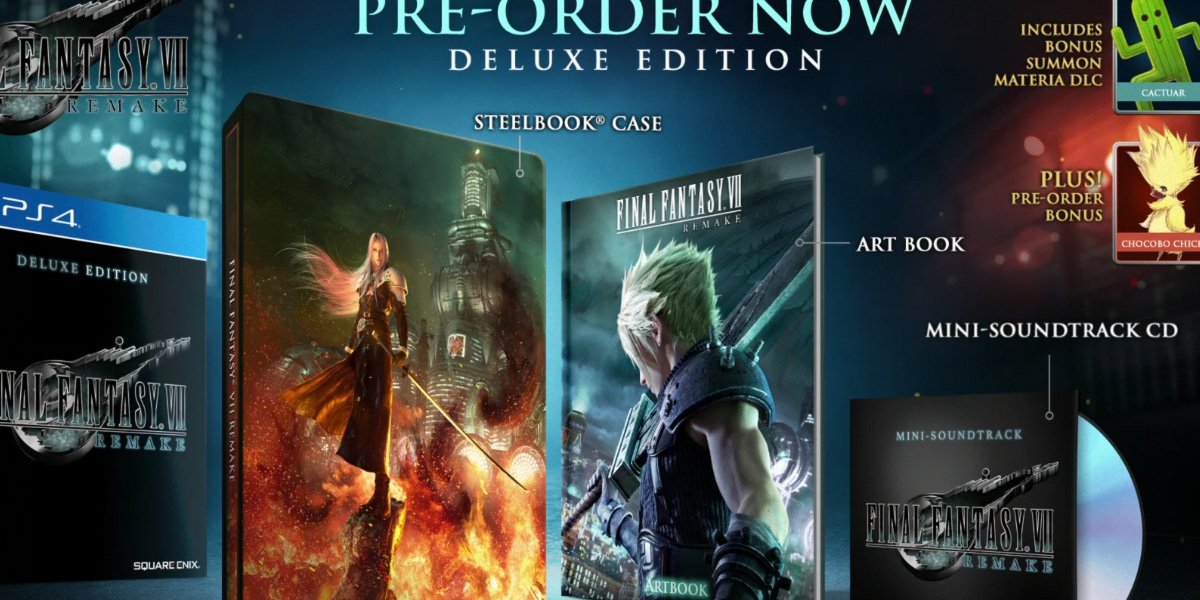 The Deluxe Edition, pictured above, is $79.99 and includes an art book, steel book case, and mini soundtrack CD. Best Buy has it available now.

The 1st Class Edition, pictured below and exclusive to the Square Enix Store includes all of that plus a Play Arts Kai Cloud action figure with Hardy Daytona for the wallet-crushing price of $329.99. Both editions also come with summon materia DLC and if you pre-order, you’ll get the Chocobo Chick summon materia DLC. 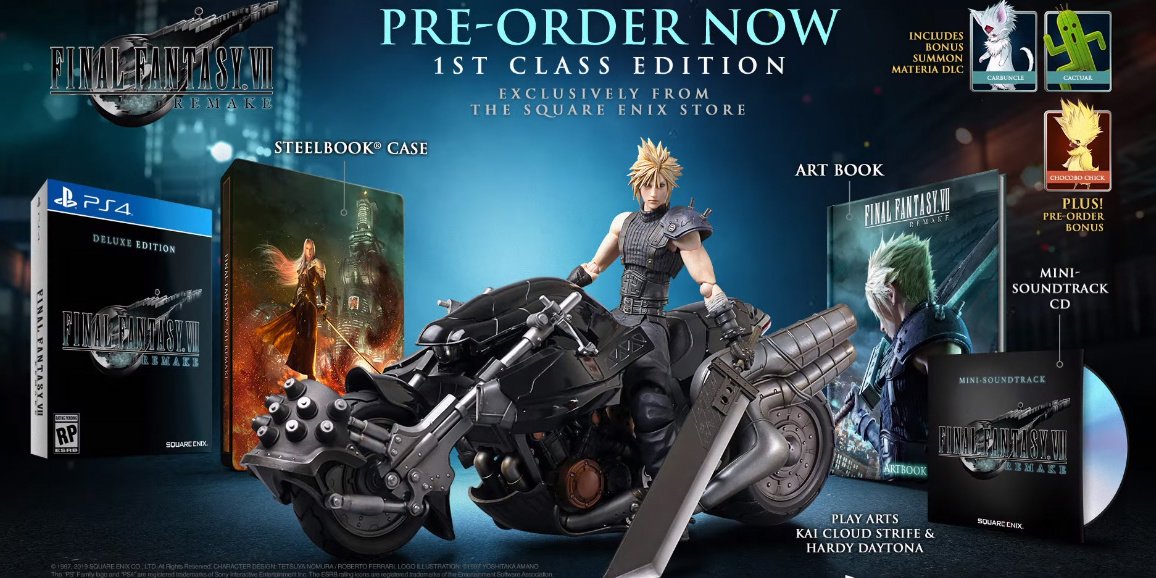 These special editions of the Final Fantasy VII Remake will be released on March 3, 2020.