This amiibo thing has hit pretty big for Nintendo over the past two years. And, this Switch thing is hot as all hell right now. Oh yeah, and Zelda has been huge for three decades. Any armchair analyst could have predicted that Nintendo would make amiibo for it’s new Zelda Switch game.

The safe guess again proves itself to be the best guess. In the wake of Nintendo’s big Switch presentation, five new Zelda: Breath of the Wild amiibo have been revealed. Take a look at them: 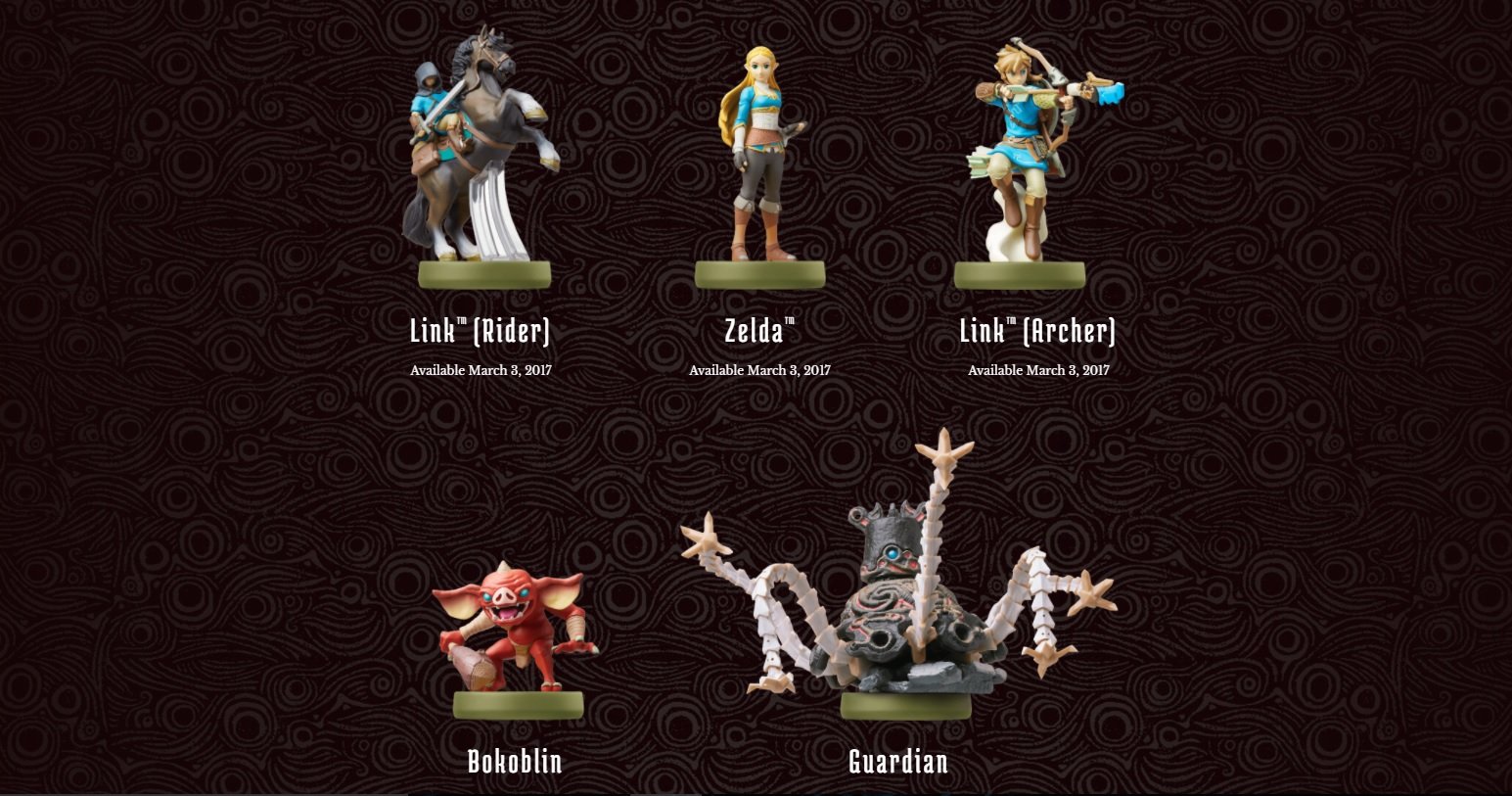 The five figurines are Link as a horse rider, Link as an archer, Zelda, a Bokoblin, and a (The?) Guardian. All of them release on March 3, the same date that both the Switch and Breath of the Wild launch.

These amiibo seem like they’ll run a bit more than average, though. Best Buy has them available to pre-order and they’re each $15.99, save for The Guardian which costs $19.99. We won’t know if those are just placeholder prices until other retailers start listing them. Regardless of price, they’re some fine-lookin’ amiibo.

Filed under... #amiibo#Switch#The Legend of Zelda: Breath of the Wild