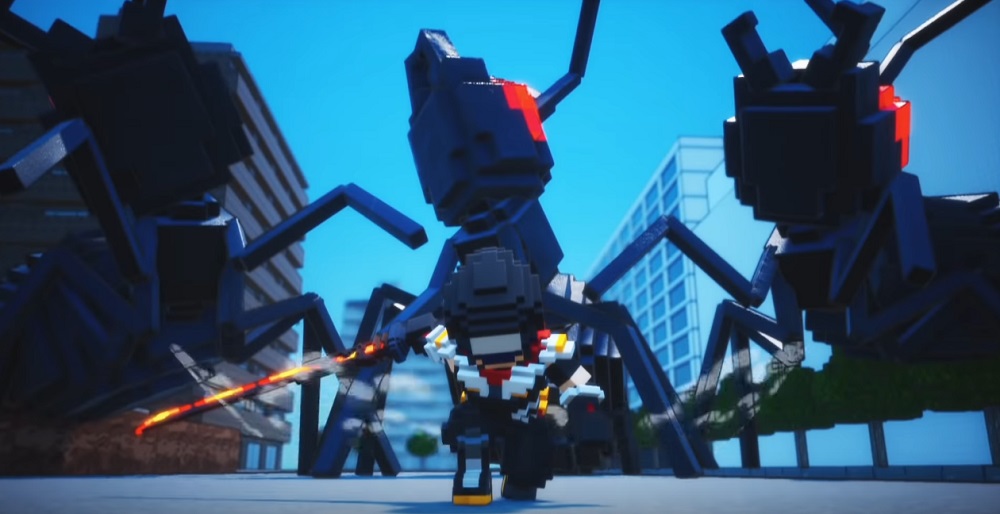 D3 Publisher has released the first trailer for Earth Defense Force: World Brothers, the voxel-styled EDF spin-off revealed earlier this week. The video begins with a brief overview of the series’ storied history, before diving right into the pint-sized action.

In the two-minute trailer, we see a variety of different soldiers from the world’s greatest fighting force laying waste to armies of ants, wasps, spiders, and other creepy crawlies across Minecraft-style replications of famous global locations. Battles take place on the ground and up in the air, with an array of explosive weaponry and even some ninja-based melee combat. We are also treated to a selection of fun skins, such as a rootin’ tootin’ gunslinger and a kawaii maid.

I was actually a little surprised by the lack of enthusiasm that greeted the initial announcement, as I think this new design is a welcome change of pace from the typical EDF aesthetic. This trailer also appears to show that World Brothers‘ gameplay will be very similar in playstyle to the main series, and as such I think it looks like it could be a lot of fun. Hopefully, we’ll receive news of a western localisation at some point down the line.