Catch her live at Anime Expo this weekend

Kay Pike has a talent, quite an astounding one. Kay has been covering herself in swaths of color in order to recreate comic book, cartoon, and video game characters for an ever-increasing Twitch audience, and the results really have to be seen to be believed.

Here’s a quick video of her at work. 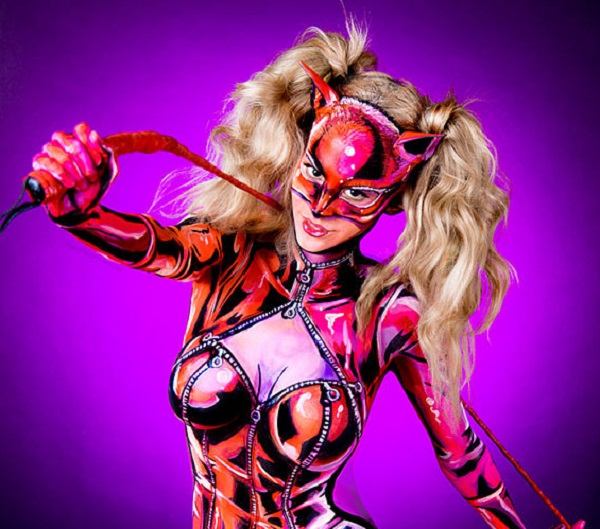 The Canadian artist regularly streams her ‘cospaints’ live, constantly joking, fielding questions, and running contests and games whilst she ambidextrously paints fine detail onto her torso, face and arms. Kay expertly combines light and shadow in order to transform herself into a two-dimensional image, before adding homemade props to complete the ensemble. This is followed by a photo shoot, sometimes adding visual effects to show off her work in all its glory. 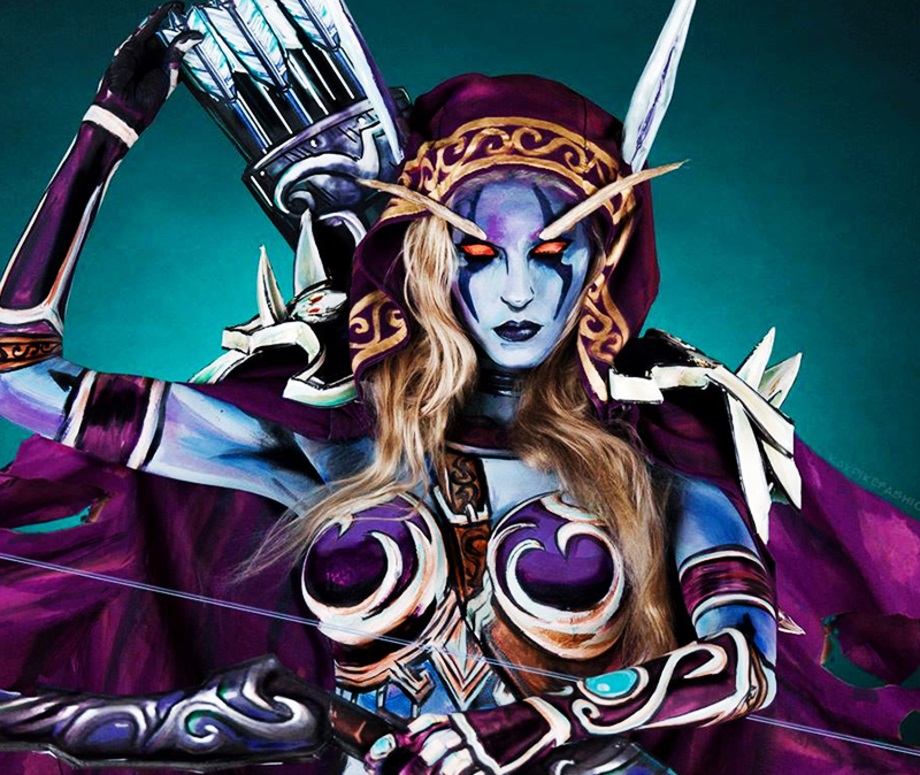 Through tireless experimentation and dedication, the self-taught artist has been able to make cospainting a full-time occupation, thanks to the beneficiary of her dedicated following, whose generosity helps through twitch and her Patreon fund her work. Each completed paint can cost upwards of $200 in materials and takes an average of 15 hours to complete, incidentally about the same time it takes me to draw a circle. 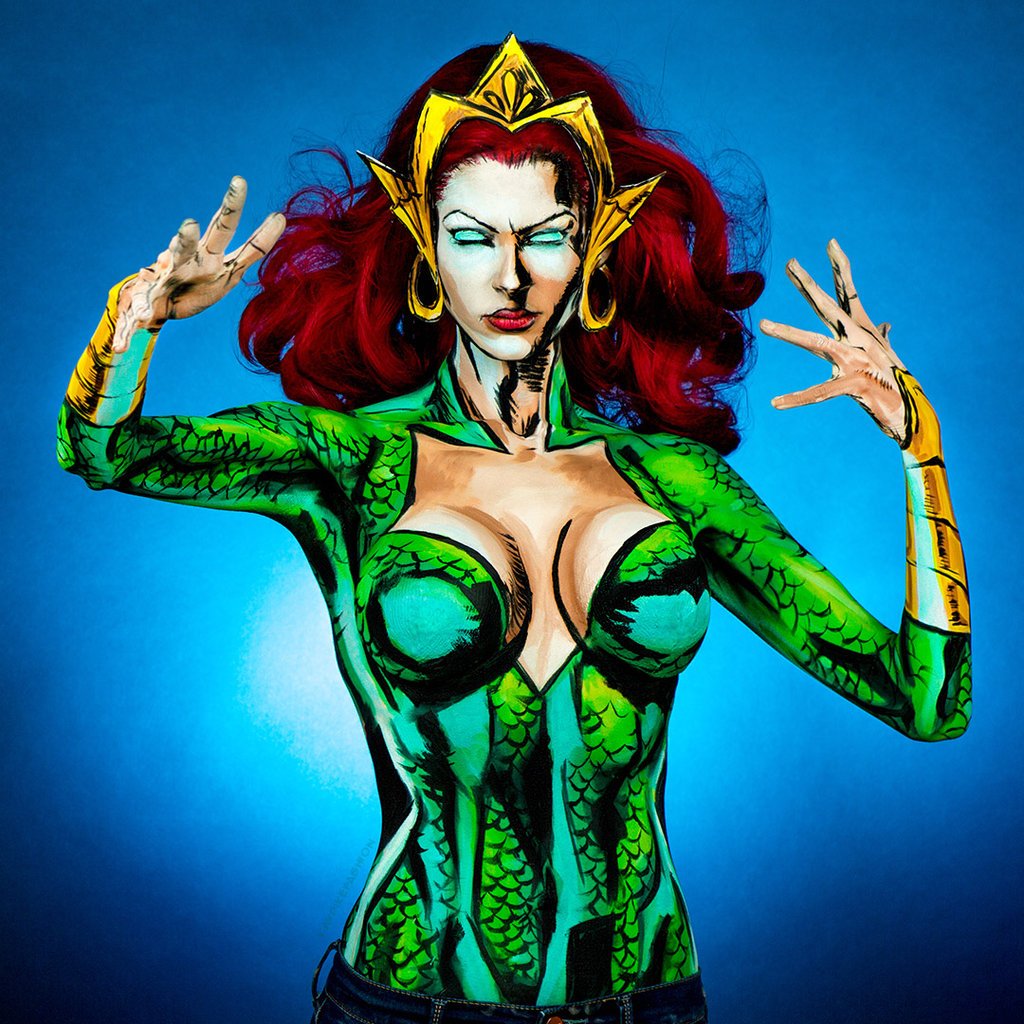 I have been a fan of Kay’s work for about a year and I’m still absolutely blown away by her mad skills, particularly the comic book characters. The way she is able to turn herself into a flat-image, essentially a living optical-illusion, takes a masterful eye for art and an flawless understanding of shadows and light reflection. 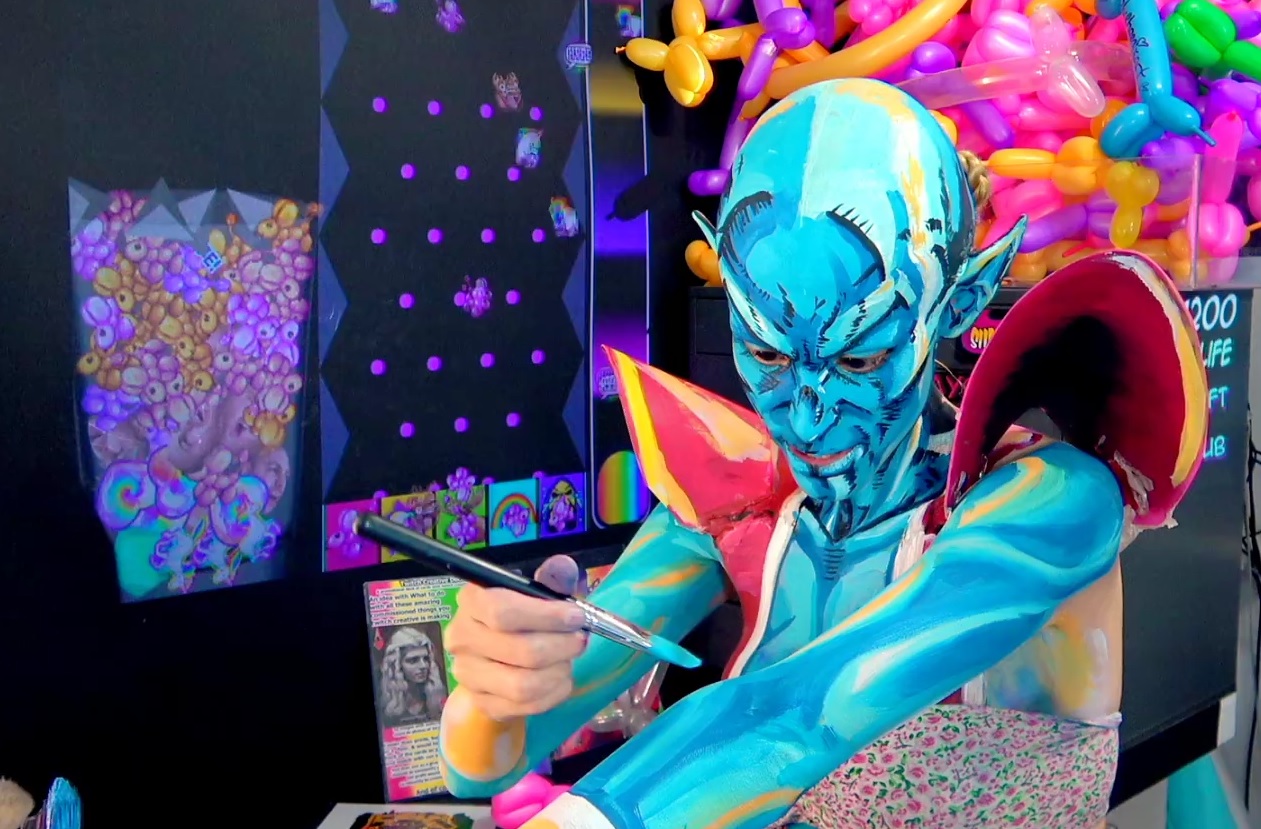 Kay Pike is appearing live at Anime Expo this weekend. If you want to see her in action, visit her Twitch stream, where she paints Saturdays and Wednesdays. Hit the gallery below for a small sample of her incredible work.