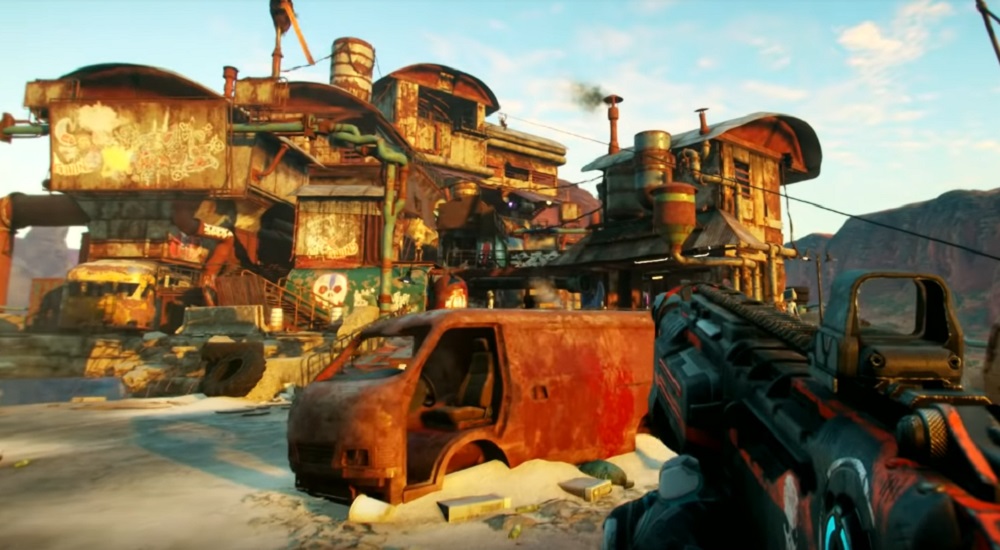 Bethesda has released an extended video of their upcoming punk-rock shooter Rage 2. The video contains almost ten minutes of wasteland warfare, giving us a good look at the action and adventure heading our way this May.

In the video, we see protagonist Ranger Walker visit various locations, from the dusty plains of the outback, to a ramshackle shanty town, where they find themselves on the business end on a gun battle. We get to see traversal on foot, on the road, and even in the sweltering skies. Rage 2 appears to have an emphasis on speed, with Walker running, jumping and sliding at a pace slightly above what you’d expect from a standard FPS title.

Clearly, high-octane action and absolute chaos are priority elements of Rage 2’s combat. It feels like forever since its initial announcement (even though that was only last May) but we won’t have much longer to wait, as Rage 2 launches on PS4, PC and Xbox One May 14.