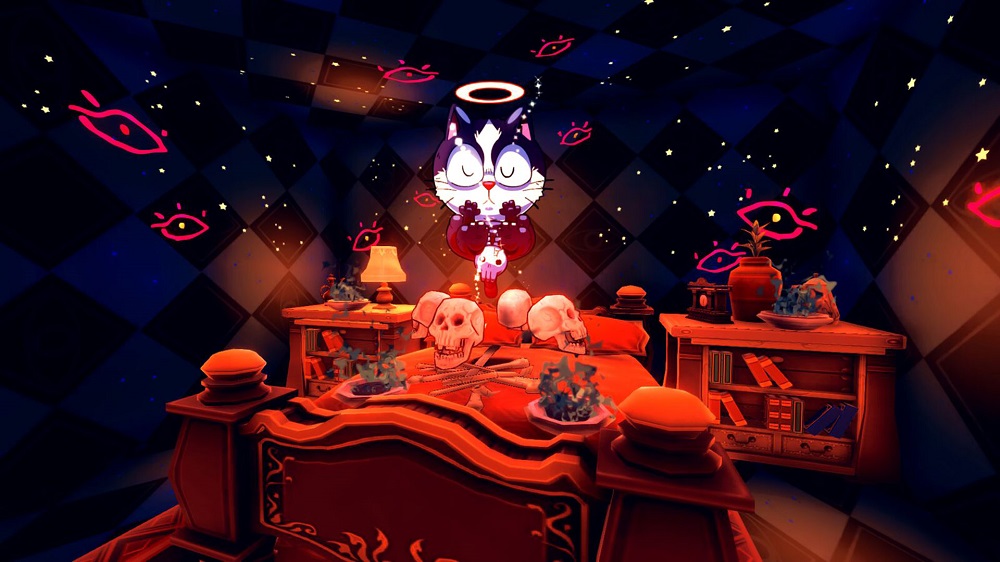 How to make friends and influence people

Indie developer Aurelien Regard and publisher Playdius have released ten minutes of gameplay footage from the colourful and weird-looking first-person adventure AWAY: Journey to the Unexpected, which is scheduled for release on multiple platforms next month.

AWAY sees players take control of a large cast of strange and unique characters, building a party of interchangeable avatars with which to tackle the game’s challenges, enemies and puzzles. Initially starting out a hapless child, players will traverse the day-glo terrain gathering allies and friends whilst engaging in a light-hearted “feel-good FPS”, slathered in anime aesthetics.

Sounds intriguing, perhaps a title that has to be experienced in person to be truly understood. You can check out ten minutes of gameplay footage below. AWAY: Journey to the Unexpected launches in February for PS4, PC, Xbox One and Nintendo Switch.