Nintendo have unveiled their upcoming soundtrack set, the second of such, for their messy arena-shooter Splatoon 2. The Octotune set was revealed today on the game’s Japanese Twitter.

Octotune will be available in both standard and Special Edition formats. Both releases include two CDs of music from the popular Switch title, with the Special Edition packaged in a neat boxset featuring art of Splatfest hosts Callie, Marie, Pearl and Marina. Also included in this set is a Blu-Ray of Off the Hook’s recent concert at NicoNico Tokaigi. You can check out a sample track from the release below.

The standard copy of Octotune will set you back ¥3,200, or roughly $29, while the Special Edition costs a little more at ¥4,800, or $43. Pre-orders for both editions are open now on Play-Asia, CDJapan and other outlets. 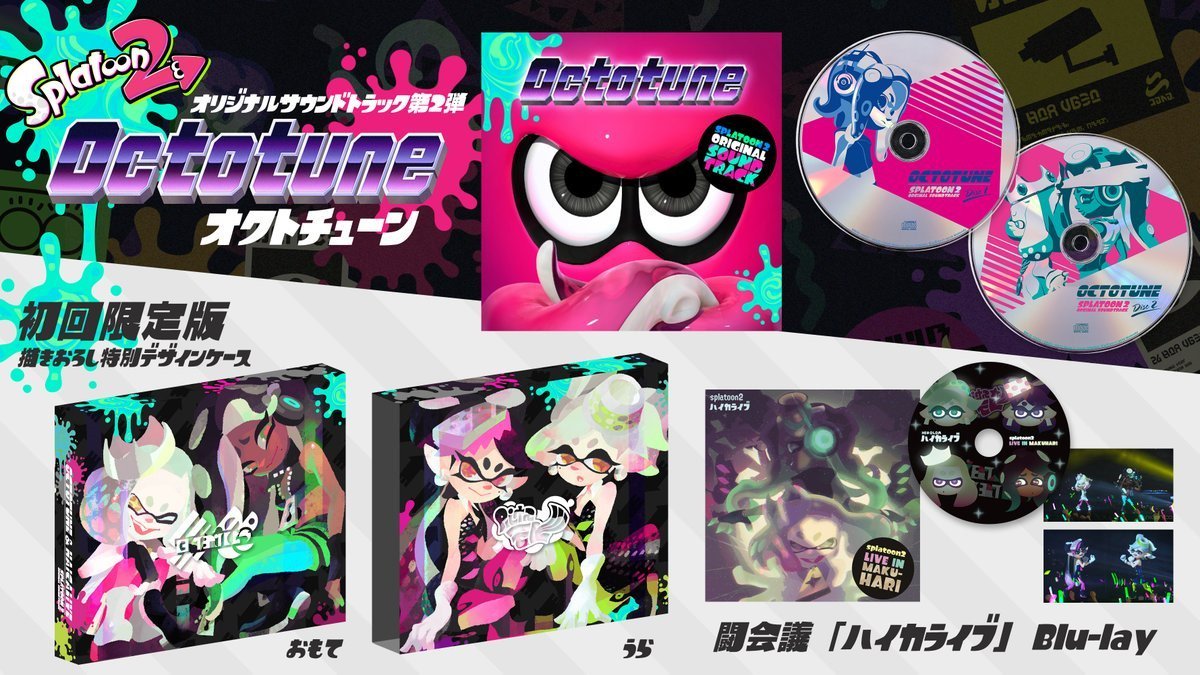