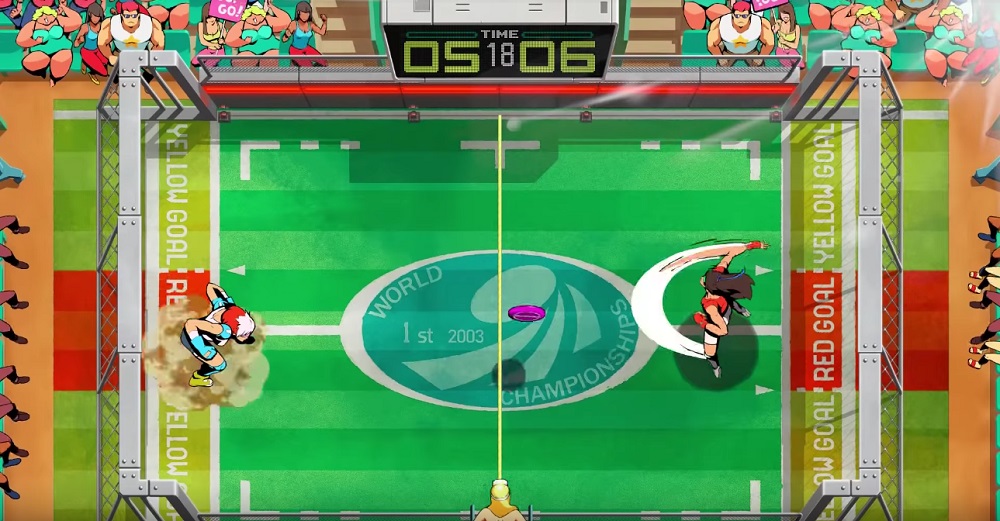 It might be pissing it down outside (at least it is here) but there’s one place where the heat is always on, and that’s in the world of Windjammers. DotEmu are prepping to start the summer earlier with a new trailer, which gives us our first proper look at the long-awaited (some 25 years) sequel in action.

For those less-inclined, Windjammers is a futuristic Frisbee game developed by Data East that back in the mid-’90s. Windjammers has gone through something of a renaissance in recent years, becoming a popular competitive title once again, even featuring in major multiplayer tournaments such as EVO.

DotEmu have managed to recreate the fast ‘n’ furious action of the arcade classic while giving it a fresh look and sound for the modern era. Windjammers 2 features new and classic characters, equipped with personalised stats and crazy skill shots. As you can see in the clip below, the classic gameplay seems present and correct in the fun-looking sequel.

Windjammers 2 launches later this year on PC and Nintendo Switch.