There are a lot of crafty people here at Destructoid. We’ve seen amazing artworks, custom hats, songs about Destructoid to so much more. Recently, we’ve been seeing more and more games being made by Dtoiders.

Three games were shown off by Community members in the past couple of weeks. One is a brawler, one is a puzzle game and one is a “wtf why is this game so hard I hate you Dead Movie Star!” kind of game. Take a look at the games after the break. 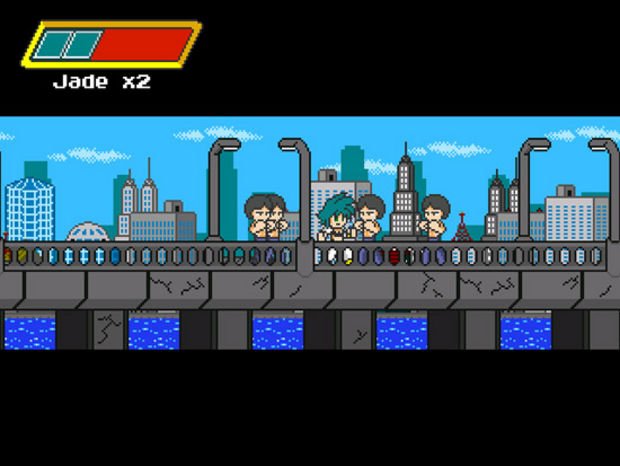 Street Brawl Evolution was created by megaStryke for his C++ game engine development class. mega needed to make a functioning game for his final project and so he made an homage to Double Dragon.

The game is pretty straightforward. You play as Jade who has to get across the bridge while fighting a bunch of bad dudes. You can jump, punch and kick your way through baddies until the end where you have to fight Jade’s doppelganger.

The game is kind of buggy as some of the aspects were done the night before the game was due (what great projects aren’t done at the very last minute?) SBE is a short game, though, (shouldn’t take up more than five minutes of your time) so it will bring some enjoyment. Plus, the sprite work is really nicely done. 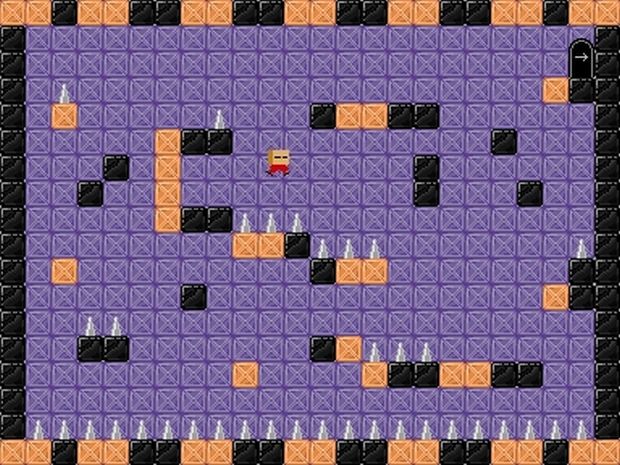 From the creater of Chad Punches Old Ladies In the Face: The Videogame comes Boxbot in: Look, Boxes. A lot of people in the community have been playing Dead Movie Star’s latest game with most of the reaction from people being that it’s “really fucking hard.” And yeah, it’s really fucking hard.

The game is similar to I Wanna Be the Guy and N+. You have to go through really hard levels and the controls are super sensitive. If you can get passed level three then bravo to you good sir. As hard as it is, some people from the Community have been able to get all the way through the game so it’s not completely hopeless.

Dead Movie Star also made three games based on Podcastle for Jim Sterling, Atheistium and Wardrox. No idea what they’re about as I can’t play them. But yeah, there you go.

Last but not least is a new game made by GoS-CPT-Stewart, the same guy who made Pong-Karuga. Up and Atom is a molecular puzzle game where you have to form molecules in order to clear puzzle pieces. The color of the first atom must match every odd numbered atom and the even numbered atoms in between can be whatever color you want.
GoS is working on another new game but he needs your help! The game is called Super Ghosts ‘n … Ghosts?: The Movie Colon The Game! and is based on this movie which you can watch for free. The game is set to be made for Xbox Live, PC and iPhone, but they need some money to get the project going.
The premise behind the game sounds promising as it’s going to be fashioned after 2D SNES side-scrollers like Metal Slug, Castlevania and TMNT as you fight ghosts.  You can find out more info on the game over on KickStarter.
For more Dtoid Community games, check out randombullseye’s Bonerquest and Kitae’s Mass Effect 2 … What? Mass Effect 2 is totally a Dtoid Community game now.