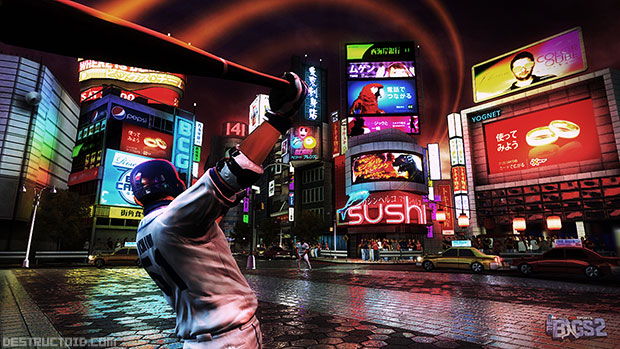 You guys and gals all love arcade sports games, right? Sure you do. 2K Sports knows that, which is why they’re putting out The BIGS 2, the sequel to 2007’s beloved baseball bash, on July 7th. That might seem a long way off, so for now, you’re going to have to satiate your desire to drill homers off the billboards of Times Square with the six screenshots of the game that 2K sent us yesterday. They feature some of baseball’s most prominent stars performing superhuman feats, and hey, isn’t that how we like to picture our sports idols anyway?

2K has also provided the cover artwork for the six versions of the game (PS3, 360, Wii, PS2, PSP, DS). They’re in the gallery, along with the screenshots. Let us know what you think! If you’re not satisfied, you can look at some additional images of The BIGS 2 here and see a trailer here, or find out more at the game’s Web site.