NetherRealm Studios – via the PlayStation Blog – has been showing off the next guest star headed to Mortal Kombat 11 at the end of this month. Come May 26, RoboCop will be getting set to Serve the Public Trust, Protect the Innocent, and Uphold the Law on Outworld’s most wanted. And it looks like Murphy will blend right in, thanks to his snazzy new “Cyber-Ninja” look.

While players who pick up the Mortal Kombat 11: Aftermath expansion will be able to assign Murphy his classic gun-metal grey or RoboCop 2 blue-hued gear, an alternate skin outfits The Future of Law Enforcement in the style of Mortal Kombat 3‘s cyber-ninjas, Cyrax and Sektor. You can check out Murphy’s new look in the tweet below, where Robo is rocking the kind of armour that would make ’90s Laser Quest players proud. 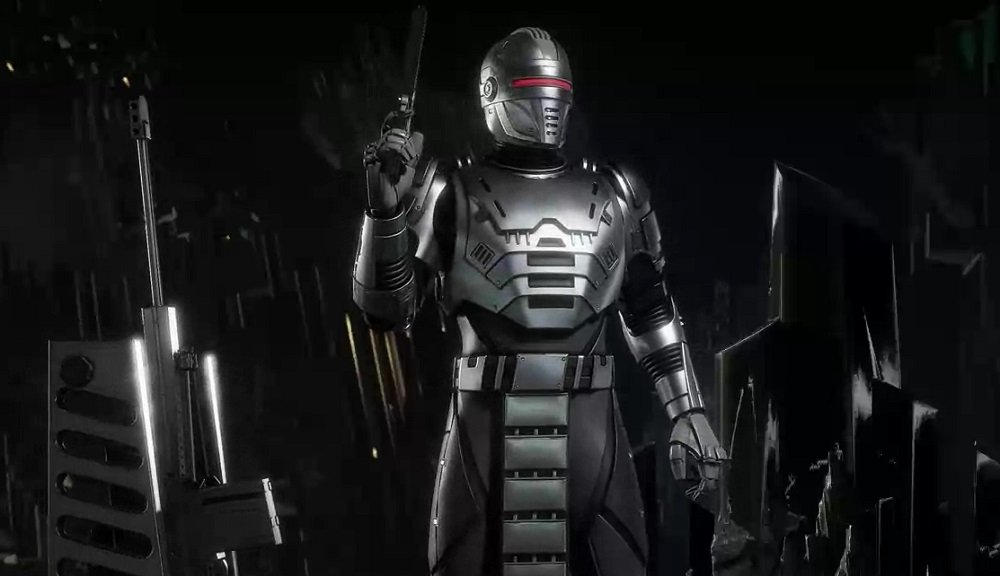 It’s a nice idea, but I can’t help but think the mask is a little Battlestar Galactica. Despondent Cyrax/Sektor fans seem to think that this is the death knell for their hopes that the original Mustard and Ketchup will be joining the MK 11 roster. But I’m not sure about that. I reckon there’s still at least another full year of DLC incoming, and I believe the klassic MK 3 ‘borgs have just as much chance as making an appearance as Ash Williams, or Mileena, none of whom should be counted out just yet.