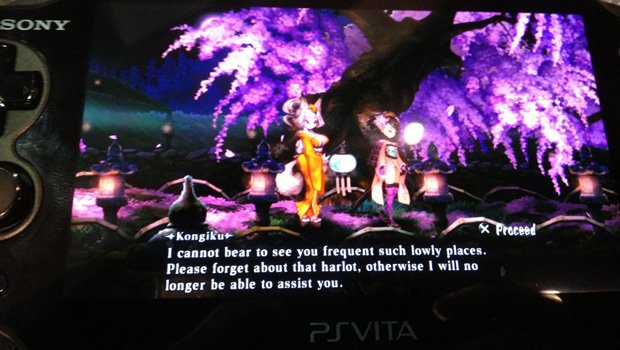 Compare these screens from both Wii and Vita versions

Muramasa Rebirth, the Vita port of 2009’s Muramasa: The Demon Blade for Wii, is more than just a simple up-res. As noted in Steven Hansen’s recent preview, publisher Aksys Games has re-translated the game, resulting in a much more colorful script compared to the one Ignition provided in the Wii original.

Siliconera has snapped a few pics of identical scenes in both games for the sake of side-by-side comparisons. I have added a few pics to the gallery below, and you can visit Siliconera for the rest of the set. Take a gander and judge for yourself the stark improvement.