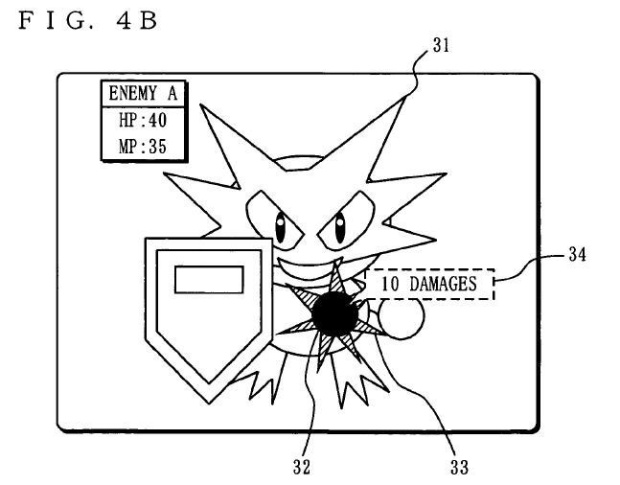 For every great DS game we actually get, you can bet there are a dozen cool ideas that probably never saw the light of day. Case in point: the picture above is from a discarded Nintendo patent which actually credits Miyamoto himself as one of the inventors. It’s a basic RPG in which monsters randomly attack you, but the difference from your average grind comes in how you interact with the monster. To attack, you poke it!

Of course, if you have shaky hands and you aim poorly, you miss (and you really do miss!) You can also do more damage by hitting the head than the body, and do less damage if you hit the shield … you get the idea. According to Siliconera (see more concept pics there), the game would have drawn inspiration from FPS or light gun games and adapted them to an RPG. Neat!

I wonder how this would have worked had it been fleshed out until a retail release, as I know a lot of people who game on their iPhones complain having to use their finger to touch the screen can obstruct too much of the action. Would you have enjoyed a game like this?